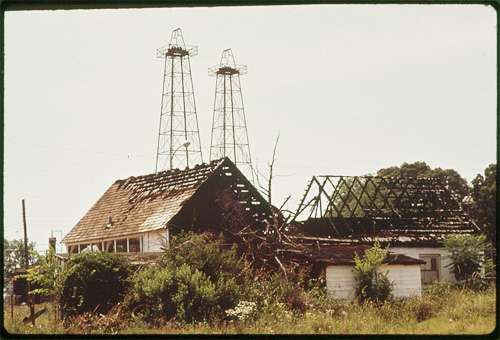 The US oil well has a birthday anniversary

Though it’s not one of our favorite things, the oil well is 153 years old today. The first oil well in the US was established when "Uncle" Billy Smith saw a black goo coating the water where he was digging a shaft near Titusville, PA.
Advertisement

A lot is being written on Torque News and elsewhere about the good and bad of oil and oil companies, but if you think birthdays are worthy of noting even the oil well has one.

The problem with the black gold is as a group we’re all strung out on foreign oil thanks to the need to fuel our cars, trucks, locomotives, ships and jetliners. Not to mention getting our fast food in plastic cups while we sit in cars belching particulates waiting in drive-up lanes. Come to think of it, we're getting heavier as we do this, adding to the need to consume more oil.

There are 526,000 oil wells in the US pumping out nearly 2 billion barrels of the valuable goop every year, according to the US Census Bureau’s Profiles in America.

Even so, we collectively consume one and a half times as much, meaning three out of every five gallons of crude we use comes from foreign sources.

Of course, none of that is Uncle Billy’s fault so a hearty happy birthday to his groundbreaking well.

He didn’t invent global warming or fill the atmosphere with CO2. Mr. Smith probably had no intention whatsoever of melting the ice caps. Even if he did, at least he was a visionary scoundrel.

Who wants to bake a cake?