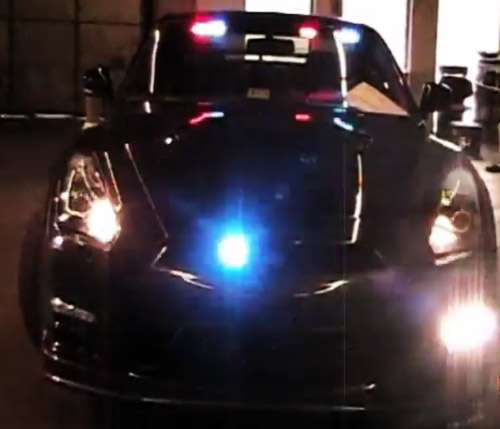 They can come in any size and shape these days from Mustang GTs to full-size pickups and cars you’d never suspect – like an expensive Nissan GT-R. However, no matter how well disguised, unmarked police cars still provide subtle clues to their true identities.
Advertisement

Nobody likes to be tricked out of his or her money and it can be very frustrating to have our purse strings clipped by the very people enlisted to protect us from the usual tricksters.

Unless in the golden years of life or ferrying a goldfish bowl, almost everyone will exceed the speed limit now and then – even if unintentionally. Studies have shown that over half the US population always drives at least 5 miles over the speed limit – an amount generally indulged by the enforcement community. Only a small subset, less than 15 percent of the population, considers traffic rules, especially speed limits to be inviolate.

Recognizing an unmarked car
In all primates, including humans, starring is an aggressive signal, so it is not recommended you look intently at a possible unmarked police car while driving, unless you want to attract attention. It is best to rely on your companion or road dog for scanning vehicles in your proximity.

The first clue is the emergency lights, which though somewhat hidden, may still be visible to the sharp eye. Look for them behind the front grill, on the side view mirrors and just below the roof at the top of the windshield.

One dead giveaway is the trunk mounted shark fin antenna. These are required for police radio and data transmission devices and the trunk fin is a sure sign of such equipment.

Last and perhaps least known are the look and style of municipal license plates. These vary from state to state, but always have a municipal letter or code identifying it as official government property. These plates are usually formatted differently from the ones issued to citizens. Generally consisting of fewer letters and numerals than private plates, they usually include some code or abbreviation for the municipality the vehicle is from.

In closing, we share this with you not to enable miscreants to elude the police, but simply to keep you from being tricked out of your hard earned bucks. That is simply unjust, no matter who is doing it.

Nicolas Zart wrote on August 13, 2012 - 3:09am Permalink
Excellent article. I remember coming up fast on a Mustang one day and I thought what doofus would write "Sheriff" on his back bumper? Thankfully, he pulled off for another emergency elsewhere...
Anonymous wrote on August 13, 2012 - 1:31pm Permalink
Look for an antenna farm on the trunk and roof = lots of radios inside, probably a cop. Also, get to know your local counstabulary; our local sherrifs drive Chargers,marked and unmarked, and the state patrol also appears to use Chargers for unmarked cars. Owning a gun-metal Charger should be illegal for civilians so we always know they are cops!