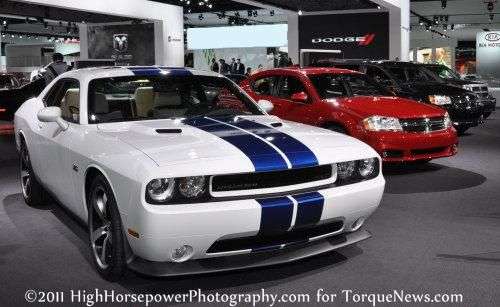 Taking stock of the economy through the windshield

The economic outlook appears rosy viewed through the windshield, as manufacturer after manufacturer reports double-digit increases if not record sales last month. Chrysler reported first quarter sales up 51 percent over last year while General Motors saw a retail sales surge during the same period of over 38 percent.
Advertisement

GM also reported that in spite of a decline in incentives, sales increased 11 percent during March. This total included a 17 percent increase in retail sales, compared to March 2010.

Many of the foreign brands, including some surprises among the Europeans, are also showing sales growth.

The European Brands
Audi leads the pack with a series of record setting achievements. March U.S. sales of Audi cars and SUVs marked the third-straight monthly record for 2011 up 25% over February. Sales totals were also the best March and the best first quarter in company history. The 2011 best first quarter ever follows Audi posting its best annual U.S. sales during 2010.

The BMW Group in the U.S. (BMW and MINI combined) reported March sales growth of 21.7 percent over the same month last year. So far, the BMW Group’s quarterly sales are up 18 percent compared to the same period in 2010.

Even the high-end performance brand, Porsche Cars North America, Inc., announced March sales in the U.S. of 2,588 units compared to the same period last year when it sold 1,905, an increase of 36 percent. These results mark the German sports car maker's best March sales total in the U.S. since 2007. So far in 2011, the company is showing a quarterly sales increase of 34 percent compared to last year.

Volkswagen of America, Inc. today reported a 22.7 percent increase during March over prior year sales. The company also sold more Jetta models than any other month in company history.

Japanese and Korean Manufacturers
Companies from Japan and Korea, by and large are showing similar success. Acura recorded a total sales increase of 11.4 percent over last march.

Hyundai Motors America announced record sales up 32 percent compared with last year and up 42 percent over February. Total annual sales are up 28 percent, with retail volume up 46 percent, a record first-quarter performance for the manufacturer.

Infiniti today reported a U.S. sales increase of 13.5 percent versus a year ago. In March, Infiniti marked its 14th straight month of double digit sales growth and should set a record market share soon.

Kia Motors America recorded its best ever monthly sales, a 44.7-percent increase from March 2010, and a 34.7-percent increase over February. This marks the brands seventh consecutive month of record sales, and for the first time in history Kia had two vehicles (Sorento and Soul) post sales of more than 10,000 units in a single month.

Mazda North American Operations reported an increase of 33.3 percent versus March of 2010. Through the first three months of the year, Mazda's sales are up 15.4 percent, with 64,559 vehicles sold.

Mitsubishi Motors North America reported a sales increase of more than 39 percent compared to March 2010. It was Mitsubishi's largest month of sales since August of 2008.

Meanwhile, the Nissan Altima is reportedly the best-selling sedan in America for first time ever. The company recorded a March sales increase of 26.9 percent in the U.S., a record month in the company's history. Nissan Division sales also set a new sales record up 28.4 percent.

So there you have it – looking through the windshields of vehicles in showrooms across the country things are looking up. The only question is when will your income begin to reflect that reality?