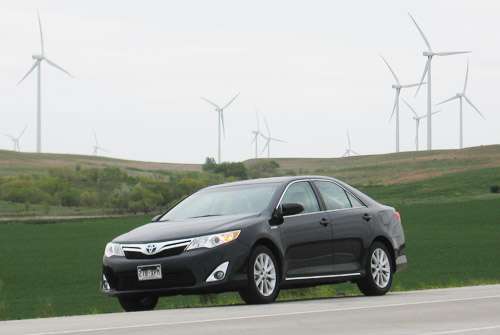 With 14.5 million vehicles sold in the US last year, the automotive market is on track to match or surpass the 17 million units sold in 2008 by 2017 – however the standoffish nature of Gen Y Americans and other economic or cultural trends may slow the market’s pace by then.
Advertisement

By 2017, those who make up Generation Y will be from 20 to 38, making up a significant percentage of the buy public. This group does not possess the same adoration for the automobile as previous generations and there are a few definable reasons it is so.

Economics
Largely the prodigy of Baby Boomers, members of Gen Y tend to live at home with the parents longer. With the average post-graduate student loan bill at roughly $27K and the price of a home of their own at nearly 10 times the annual income of this age group, the longer they live at home, the better the financial reality that greets them once they leave the nest. Roughly one fourth of this generation still lives with their parents.

Another consideration is the economic realities facing those who graduated over the past five years. Were the jobs they trained for waiting for them or did they end up in low-paying fast food or retail jobs? It’s not easy to pay off school loans, buy a condo and a car when you only make $8 an hour.

New viewpoint
Baby Boomers by and large grew up with a full-blown infatuation with the automobile – the affluence of the 50s and the roomy backseats of the cars of the day were a catalyst to the so-called Sexual Revolution of the time.

Most of the Boomers couldn’t wait to get their own car and escaped the clutches of their largely Depression Era parents. Cars were seen as the ticket to independence and freedom with the promise of social mobility somewhere beyond the limited horizons of home.

Those born in Gen Y have been basically chauffeured through life – taken to sports practice, music lessons and anything else their “enlightened” parents thought was good for them.

When you are taken wherever you want to go by someone responsible for all the expense and effort of maintaining that ability, it is entirely possible to grow accustomed to such treatment.

These kids were also privy to a public transit system not yet in existence during the Boomer era. In most cities, students ride free or at greatly reduce rates, so they found the freedom of mobility did not require an automobile. So owning a car just doesn’t mean the same thing to this generation as it did to Americans in the middle of the 20th Century.

The Open Road
Back in the 70s and 80s a lot fewer of us were using the roads. The Interstate system was seldom blocked by a glut of automobiles all trying to go the same direction. Youthful nomads and automotive aficionados of that era reveled in the Open Road – something not so easy to find today even in some rural areas.

Most cities and many Interstates are frequently gridlocked as the human herd does things en masse. In Colorado throughout the 70s, a drive into the mountains for the weekend Friday was a wonderful thing. You could escape the city and commune with Nature, returning on Sunday recharged to face an urban Monday.

Today if you try to do this Winter or Summer you’ll face 40 miles of I-70 from Idaho Springs to Denver glutted with your Metropolitan neighbors all trying to get back to town after their weekend in the mountains. A 40-minute drive on a clear highway becomes a somewhat aggravating and stressful ordeal of two to four hours – the modern price of a weekend in the mountains.

It’s not hard to understand why the members of Gen Y see cars differently – both the world, overriding realities and the cars themselves have changed.

Environmental concerns
Aside from these matters, Gen Y grew up with a higher awareness of environmental concerns. Representatives we’ve personally known exhibited a greater dedication to community and to the concern we have only one Earth between us.

They essentially accept the concept that 7 billion humans can't help affecting the planet we live on, behooving a responsibility to stewardship over our environs. They are well aware of the problems associated with fossil fuels and place more importance on the need to preserve the purity of our air and water.

Consequently, owning a car fails to represent the same status it might to others. In addition to the financial burden, it comes with a social responsibility to be part of the solution rather than the problem.

Ready for change
A significant portion of our citizenry is truly meant for the autonomous electric car – and they’ll probably see it as just transportation – rather than an extension of their persona as previous generations did.

Immersion into social media will not be hampered, but enhanced by the cars they choose and there are more pressing matters than finding a path through the city gridlock – let the car do it.

As US electric production becomes more based on renewable sources, the more accepting they will be of these self-driving EVs. The new CAFE standards probably are met with more widespread acceptance among this group than any other generation.

Many Boomers will soon buy or may have already bought their last new car. The last of the largest generation will turn 60 in another 11 years. As that time nears, the US auto market will more and more be aimed at Generations X and Y, as the Boomers fade into the history books.

The way these Americans perceive vehicles and the world about them is changing the world, as we know it. Today’s automotive market is truly global so overall the market can be expected to continue significant growth.

American sales may even surpass the former record before the winds of change really take hold of industry.

While the current outlook is rosy and the US economy seems to have turned the corner, the automotive industry should remember there are only three things you can count on in this life – taxes, death and change.