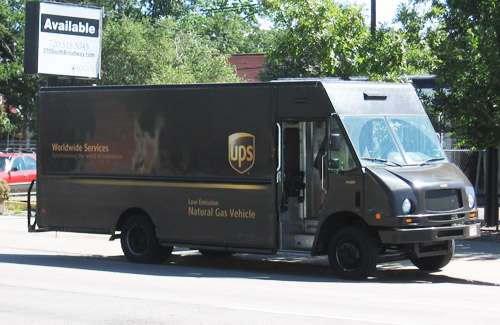 A study by Global Industry Analysts, Inc, one of the world's largest and renowned market research firms, concludes that environmental concerns, governmental mandates and rising personal income in emerging nations will lead to widespread use of natural gas as an automotive fuel.
Advertisement

The report further cites the correlation of consumer spending power to demand for passenger cars, pursuant to GDP growth and employment rates. In short, as national income in a given economy goes up, so do automobile ownership rates.

Consequently, robust growth in vehicle ownership is forecast in the medium to long term, because in economies where per capita income averages over US $4,500, auto ownership increases at an even faster rate than income growth.

With personal income per capita in several Asian countries, including China and India, reaching the US $4,000 mark, the demand for passenger cars can only increase the creation of opportunities in the industry.

Meanwhile, the rate of sales growth in developed economies in North America and Western Europe, is expected to continue slowing down because of saturated ownership rates, but will be offset by opportunities offered by increased auto ownership in developing countries.

It would appear GIA has overlooked the age of passenger cars in the US, with sales now expected to exceed 15 million during 2013, still short of the peak set before the recession, but narrowing the gap.

Interestingly, the largest automotive markets have the least current penetration of natural gas in their markets. China and the US accounted for only 6.6 and 0.8 percent of natural gas vehicle (NGV) numbers, respectively in 2011, showing the potential for growth.

The ratio of NGVs to refueling stations in both the countries is comparatively less than other major markets in the world, revealing the slow growth of investment in natural gas fueling facilities.

Nevertheless, the desire to lessen dependency on foreign oil has instigated government initiatives in both China and the US. The US has proposed tax incentives for converting truck and bus fleets to natural gas, as well as building refueling stations.

In China, the Beijing Municipal Government signed an agreement with CNPC to start Liquid Natural Gas (LNG) powered bus routes. In addition, both China and the US have the largest reserves of shale gas should reinforce initiation of new regulations boosting NGV acceptance.

A few major changes in international trade are resulting from the natural gas market. Natural gas has always been a local business, but now is becoming an international commodity, boosted by its ability to reduce emission levels in the transportation sector.

Growing concern about the environmental pollution from vehicle exhaust is driving governments around the globe to champion the use of natural gas as a clean burning fuel causing less pollution.

As stringent regulations on emissions are enacted in the transportation industry, especially in regard to long-haul fleet vehicles, demand for natural gas is expected to rise. Natural gas can be indirectly used to power electric cars as well as it use as liquefied natural gas in heavy trucks or compressed natural gas in internal combustion engines.

GIA’s report, titled Natural Gas Vehicles: A Global Strategic Business Report, expects the number of such vehicles to experience high growth even in oil drenched areas like Iran, owing to constraints in refined fuel there. Surprisingly the Middle East is forecast to see the fastest growth in NGV numbers, followed by the Asian Pacific and Europe.

The Asian Pacific region currently accounts for the largest population of NGVs worldwide.