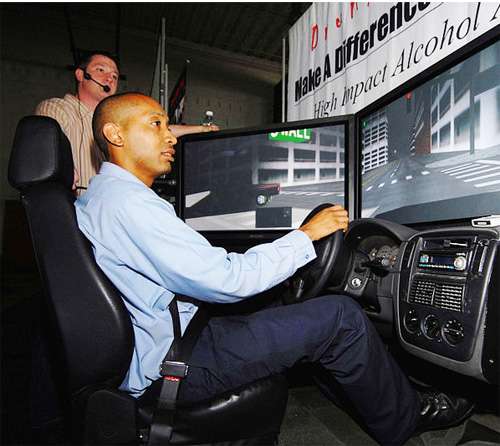 Passengers riding with unsafe drivers should speak up

A lot of people will be taking to the roads for Thanksgiving dinners with friends and family next week, which ultimately means a lot of passengers will be riding with drivers who may be texting or talking on the phone, eating or exceeding the speed limit or otherwise driving recklessly.
Advertisement

Why is it when you’re likely to cause a wreck, it’s called driving recklessly? Shouldn’t the word be wreckfully?

Semantics aside, spouses are the only ones really willing to speak up about another’s driving habits – of course, they could be a little too willing to point out the shortcomings of their significant other.

Be that as it may, a passenger survey conducted in Texas by our friends at Allstate revealed 90 percent of passengers will tell their spouse if the way they are driving makes them nervous.

In contrast, very few were willing to criticize the driving of a boss, parent or total stranger.

Passengers are understandably nervous when riding with a driver who texts, talks on the phone or eats at the same time – 35 percent reported this making them very uneasy.

This is not hard to understand as studies have shown a person texting while driving is the sober equivalent of a drunk driver – that’s the level of distraction created.

Interestingly, 27 percent are made nervous by a driver who is speeding, which does not necessarily result from a level of distraction, but 25 percent are scared to ride with someone driving recklessly, which means they are overlooking certain aspects of the immediate surroundings.

According to the survey, 43 percent said they'd been in a car that was pulled over by police for a traffic violation – as a passenger. Despite this, 35% of all respondents have never spoken up when made to feel unsafe, no matter who the driver might be.

"As a passenger, your life is literally in a driver's hands," said Melissa Fleming, an Allstate agent in Austin. "If a driver is breaking the law or driving in a way that concerns you, it's okay to politely speak up."

To prioritize your transportation safety
Speak up!
Driver distraction is a contributing factor in 20 percent of all reported road accidents, that in 2010 caused nearly 3,100 fatalities in Texas alone, reports NHTSA. If you are in a car with a driver who is texting, eating, putting on make-up or fiddling with an audio device, first ask them to stop. Then offer to send a text, make a call or find the missing music or station for the driver.

Politely suggest they slow down!
Speeding may be a cause in many crashes, based on interpretation of TXDOT data. Over 130,000 people were injured or killed in accidents involving speeding vehicles on Texas roads over the past five years. What is not clear is if the speeding cars also caused these accidents or were just involved in them. What is clear, though, is high speed exacerbates collisions whenever they occur.

Get out or take the wheel!
If a driver is aggressive, reckless or intoxicated, offer to take the wheel or get out and find another way home. You can’t coerce your friends into safe behavior, but need not be party to their unsafe practices. Whenever attending a social event that might include imbibing, always designate a sober driver, call a cab, or use public transportation to avoid driving or riding with some who has been drinking.

Trust your Karma!
That's the only recourse if you fail to follow the previous suggestions.

In the image above, US Navy Personnel Specialist 3rd Class Paul R. Smith operated a simulator to demonstrate the difficulty of drunk driving as Save a Life Tour instructor David Seastrom observed. (Source: Wikimedia Commons)

The survey was conducted by Reality Based Group, an Austin TX customer experience management and market research company. It was conducted September 25 through October 3, with a sample of 3200 adults, age 22 to 65, via telephone. The margin of error is +6.05 percent. Areas surveyed included Dallas, Fort Worth, Houston, San Antonio, Austin and El Paso.