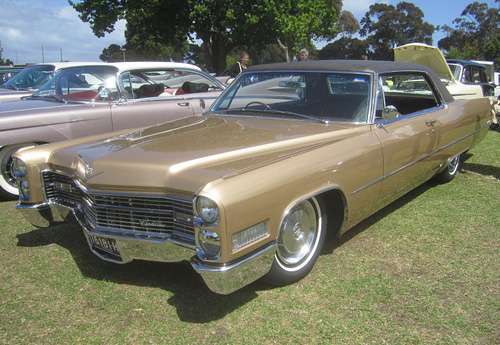 The National Highway Traffic Safety Association is investigating what the maximum temperature those wonderful heated seats should potentially reach, due to claims some have been burnt by overheating elements.
Advertisement

At the agency’s bequest, the Society of Automotive Engineers (SAE) began looking into the matter last March to set a failsafe temperature seat heaters should reach, weigh the advantages of automatic shut-off and whether the location of indicator lights should be standardized, according to a breaking news post by Jayne O'Donnell and Meghan Hoyer writing for USA TODAY.

The NHTSA action came after USA TODAY focused attention on safety advocate Sean Kane and other doctors, notably David Greenhalgh, chief of burns for the Shriner’s Hospitals, pointing out how dangerous seat heaters can be to the sensory deprived.

For example Paraplegics and quadriplegics, who drive specially equipped vehicles, frequently aren’t even aware the heater is on, and even less mindful of its temperature. In rare instances, this has resulted in regrettable injury.

Notably, heated automobile seats have been around since the 1966 Cadillac Sedan and Coupe de Ville first introduced them, such as the one pictured here. Cadillac once was a leading brand for adding new technology.

Unconvinced at the time, NHTSA chief David Strickland stated last May, "the rate of alleged injury due to seat heaters is extremely low," speaking to Kane, and didn't demonstrate "an unreasonable safety risk."

Kane countered by saying even if there is no fire or crash, heaters burning people is a defect that should justify recalls.

Over the last 20 years, the NHTSA has logged over 1,260 complaints on seat heaters, the complaint charging overheating in almost every case, resulting in 287 injuries and over 500 fires.

During the same time frame, nine different recalls have been launched for defects in seat heaters, many of which aren’t like to show up until the car is several years old.
The complaints peaked early in the new century, slowing to a trickle over the last few years, despite the feature migrating across price lines to less and less expensive cars.

Frankly, once you had heated seats, who would ever want to go back to the unheated variety? Besides, heated seats result in people running their heater less, thus improving fuel efficiency – something the manufacturers are under Federal mandate to accomplish. Of course, you don’t want them coming on by accident in the heat of a summer day and some can be turned on quite inadvertently.

Alleged seat heater victim Marshall Hicks, a 30-year-old paraplegic, claims to have been burned last Dec. 20, in his 2007 Chevrolet Silverado pickup driving from Cleburne to Dallas TX, according to lawyer, Daniel DeFeo.

The incident is made more egregious by the fact Hicks bought the truck under GM's mobility program – that retrofits vehicles for handicapped drivers. DeFeo is suing GM on behalf of Hicks and two clients with related claims.

"GM knew the issue with all three, but did nothing to protect them," says DeFeo, who calls the burns "an easily avoidable injury."

GM refused comment on the matter, pending the resolution of the court case. As of 2010, the company has seat-heater warnings in vehicles' owner's manuals, a move that now includes all manuals for models with seat heaters.

The SAE committee has sat through 17 meetings in the space of a year, according to their website, with members including GM’s front seat expert Diane McQueen. According to Andrew Smart, SAE's director of industry relations and business development, the group is actively pursing the problem among its more than 30 members, but would not elaborate further.

"As heated seats become more common, the industry will have to make more durable systems, because they pay a fortune for heated-seat quality issues," he told USA TODAY. "This will hopefully drive the industry to take heated seats more seriously."