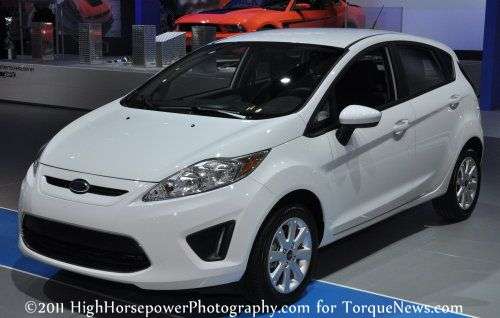 Manufacturing in Thailand greening the streets of America

A portent of the country's eco-car future is the CAFE plan which may require new cars sold in the U.S. to have a fuel economy of 56.2 miles per gallon by 2025, though currently the administration is implying there might be a little wiggle room allowed.

Thailand is the 12th largest auto producer in the world, offering car producers working under the new fuel requirements a robust infrastructure built over the last two decades and easily accessible to Southeast Asia's 592 million consumers.

This year, Thailand's passenger car production has surpassed their previous annual capacity with the fabrication of 558,000 automobiles, enabled by the support and attractive incentives of the government to auto manufacturers interested in more efficient vehicles.
Ford Thailand announced its Ford Fiesta helped year-over-year May sales grow by 327 percent.

Mitsubishi recently made its largest Thailand investment to date, and largest investment outside of Japan, by building a $535 million Global Small Concept vehicle in Thailand, with completion due in 2012.

Auto companies and their suppliers have long looked to Thailand because it has the highest production capacity in the region with more than 1.6 million vehicles produced and more than $1 billion invested by global vehicle makers in 2010. They are expecting another $1.3 billion in investment this year.

"Thailand is already an auto manufacturing leader. As a country, we are looking to the future, and the future in many industries is in the green sector. It's a central factor in our plan to be a top ten auto producer by 2015," said Atchaka Sibunruang, Secretary-General of the Thailand Board of Investment.

Thailand's Board of Investment (BOI) is heavily committed to incorporating green business initiatives into its incentive offerings for the auto industry.