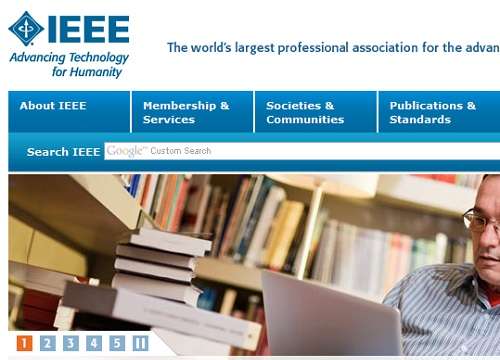 IEEE states 90 percent of all auto accidents could be prevented

Nearly every auto accident caused by driver error, which amounts to 90 percent of all crashes, could be eliminated if existing intelligent mobility technologies were implemented in both vehicles and roads, state experts at IEEE, the world's largest professional technical association. These technologies include features such as the detection of drowsy drivers, lane departure warning, and vehicle-to-vehicle and vehicle-to-infrastructure communications for safety.
Advertisement

However, the cost of this technology needs to recede so the average consumer can afford these safety features.

"Today's advanced embedded systems, sensors, microprocessors and control technologies have made our vehicles and roads significantly safer, but integrating them into our vehicles and roads has been a slow process," said Dr. Azim Eskandarian, IEEE member and director of the Center for Intelligent Systems Research at George Washington University. "However, within 10 years, as technology costs continue to fall and implementation of these technologies increases, we could see significant improvements in vehicle safety, efficiency, and energy conservation – especially in developing parts of the world where high-end cars are not yet affordable by the general public."

However, these features may follow in the steps of airbags, anti-lock braking systems (ABS) or electronic stability control (ESC), first offered as options but now considered proven and frequently standard auto accident prevention in nearly all vehicles.

Advanced research on auto accident prevention is going far beyond individual vehicles. For instance, Teruo Higashino, IEEE Senior Member and professor of information networking at Osaka University in Japan, is looking into applying wireless communication technology to networking vehicles to help detect dangerous situations –a car rapidly approaching a blind intersection –warning nearby drivers, thus dramatically reducing both the impact and incidence of auto accidents. Many of these breakthroughs were discussed at the recently held IEEE ITS Conference in Washington D.C.

Dr. Alberto Broggi, President of the IEEE Intelligent Transportation Systems Society and professor at the Universita di Parma in Italy, said developing intelligent auto accident prevention technologies like autonomously-driven vehicles, will forever change our concept of car use. Broggi recently directed a successful 13,000 kilometer journey by a driverless van from Italy to China.

"These types of self-driven vehicles will be ready for use in non-urban environments within five to eight years," said Broggi. "The same technology will also apply to agricultural equipment, including self-driven tractors and combines that will maximize land use, increase crop output and decrease injuries."

Another benefit of intelligent transportation is reduced fuel consumption and emissions. IEEE Senior Member Matt Barth, at the Center for Environmental Research and Technology at University of California-Riverside, predicted fuel use and vehicle emissions could be reduced by 20 to 30 percent worldwide using environmentally-friendly ITS technology such as "eco-routing," over the next five years. This system will allow drivers to select destination routes according to fuel efficiency.

"Many governments are establishing new emissions and fuel efficiency standards for vehicle manufacturers to meet in the next ten years," Barth said. "The integration of ECO-ITS technologies – such as eco-routing into our vehicles – will be an important evolution in further reducing carbon emissions, achieving greater fuel efficiency, and strengthening energy independence."

"There's much more of a focus on traffic management systems for pedestrian protection in countries in Europe and Asia where cities were traditionally designed around a relatively small and defined city center," Yi said. "In contrast, in the United States where there are more sprawling open spaces, the emphasis is on vehicle safety systems to prevent roll-overs or collisions with other fast-moving vehicles."