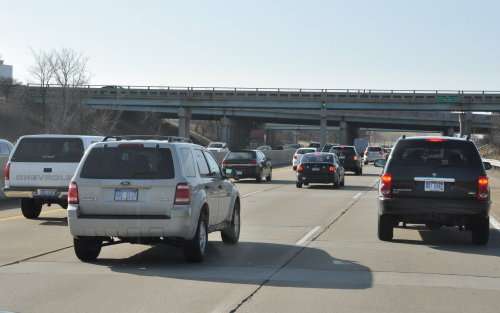 The American Automobile Association (AAA) estimates 31.5 million Americans will travel at least 50 miles from home over the coming holiday weekend – due to the increased cost of airfare, if currently lower gas prices prevail, the number on the nation's roads could increase significantly.
Advertisement

That figure is a 2.4 percent decrease over the 32.3 million people who traveled during the same period last year, expected as a result of economic concerns.

AAA is projecting a decrease in the number of Labor Day travelers as some Americans react to recent economic uncertainty and increasing air fares," said Glen MacDonell, director, AAA Travel Services. "While automobile travel is expected to increase slightly, if recent declines in gasoline prices continue through Labor Day, we could see an increase in last-minute holiday weekend travel."

The decrease in travel is a result of a mixed economic outlook, consumer concerns over the economy and recent downturns in factors affecting discretionary income, particularly relevant to travel and tourism.

Actual disposable income is up just 1.3 percent, offset by an increase 6.7 percent in the travel price index over last year, primarily a result of rising transportation costs. The housing market remains sluggish, with new and existing home prices down 2.4 percent and 3.4 percent, respectively.

Approximately 27.3 million people or 87 percent of holiday travelers will take to the nation's highways this holiday weekend, an increase of 0.5 percent from 2010. The number is a three percent increase in drivers out of total holiday travelers, up from 84 percent last year. Automobiles remain the preferred means of implementing holiday excursions.

Another 2.5 million leisure travelers (eight percent) will fly over the Labor Day weekend, down 1.9 percent from 2010. Rising fuel costs and steadier demand, have resulted in rising airfares recently. Airfares this holiday weekend are expected to be 13 percent higher than last year placing the average lowest round-trip rate at $202 for the top 40 U.S. air routes. These increased airfares and fees are resulting in a decline in air travel. This is the first projected air travel decline for a major holiday in 2011 forecast by AAA.

Other types of travel such as trains, buses and so on will make up the last five percent of travelers, down from the 2010. Travel via these modes is extremely volatile from year to year, with 2011's 34 percent decline in expected travelers falling well within historical averages.

While median hotel rates are expected to be six percent higher over last year, up to $148 per night compared to $139 last year, daily car rental rates will average $43, down seven percent from a year ago.

Finally, the average distance traveled by Americans over the long weekend is expected to be 608 miles, only slightly less than last year's average of 635 miles. Median spending is expected to be $702, only slightly above $697 last year. Fuel and transportation costs combine to consume 27 percent of holiday spending, followed by accommodations at 22 percent, food and beverages representing 21 percent, shopping another13 percent, while entertainment and recreation take up 12 percent, leaving five percent for miscellany.

If you’re on the road this holiday weekend, we urge you to drive courteously and arrive safely – after all, we’re all in this together.