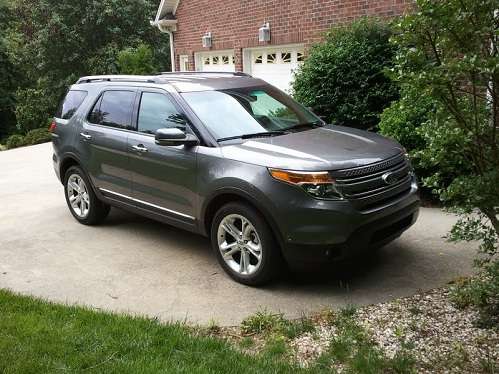 One man’s ceiling is another man’s floor, as the saying goes, and it easily follows one countries tragedy may be another’s opportunity. That’s just what Ford is thinking as they seek to gain market share in Japan while their Asian competitors are rebuilding from the devastation of the earthquake and the subsequent oceanic invasion.
Advertisement

A FoxNews.com report posted today by David Piper suggests Japanese auto manufacturers Toyota, Nissan and Honda are struggling to meet domestic demand as they replace plants demolished in the flood while slowed further by problems with the power grid, transportation and devastated suppliers.

This provides Ford an unprecedented opportunity unlikely to present itself again, according to their chief executive in Japan, Tim Tucker.

"The opportunities for Ford in Japan have never been greater," Tucker said Tuesday at a Tokyo café, highlighting the company's new products planned for Japan over the next year.

The manufacturer has their work cut out for them as current sales level amount to a paltry 2,400 vehicles – less then one percent of the Japanese market.

Foreign brands are a rare thing on the streets of Japan as most citizens are passionate about their domestic models. When you do see a none-Asian make it is usually a Mercedes-Benz, BMW or an SUV.

Ford hopes it newly redesigned Explorer will move quickly due to the fact no similar Japanese models will be available until December this year – a result of production delays.
The American Big Three are not likely to appear at the Tokyo Motor Show in November of this year since the cost can easily exceed $2 million while the Asian brands are highlighted and foreign brands are typically sidelined.

American cars have not sold well in the Orient for over 70 years. They are dismissed as clumsy gas-hogs prone to malfunction – Ford hopes to change that perception and replace it with an image of high quality, safe, smart and environmentally friendly vehicles.

They plan to introduce over 50 new products over a four year project aimed at Asia and Africa. The company has invested $4 billion in these areas since 2006.

The company has sold over 650,000 vehicles in that part of the world during the first four months of 2010, 500,000 of them in India and China alone. Those are the big markets in the world today and Ford hopes to increase their sales here by 70 percent over the next 10 years.