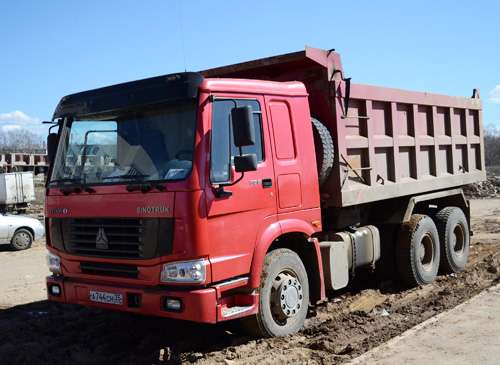 This transaction still has to be approved by Chinese bureaucrats, but is thought to amount to a $42 million acquisition, according to a post by Jack Perkowski on Forbes.com.

Ford’s performance in Asia has lagged behind General Motors ever since GM bested their rival automaker by reaching a joint venture with the Shanghai Automobile Industry Corporation to produce passenger cars in the sprawling landmass.

Shanghai GM, as the company is known, has become one of the most successful automotive ventures in the ever-expanding market. GM and its joint ventures sold 2,547,171 vehicles in China during 2011, spurring a return to global leadership in the industry. They managed to capture 11.7 percent of that market.

Ford, meanwhile, has increased their sales in the Orient with 519,390 units sold in 2011, a 7 percent increase from the previous year. However, Ford’s sales only comprised 2.7 percent of the market last year.

The brand’s performance in 2012 is rapidly improving and the acquisition of THT by JCM will strengthen their range of products.

Thus far, Ford has sunk $4.9 billion in JMC and similar ventures to expand its foothold in the country. JMC’s revenues totaled $2.7 billion last year, with sales of over 190,000 vehicles.

Almost a million heavy trucks were sold in China last year, which exceeds the aggregate sales of North and South America, as well as Europe. This does not mean it’s easy to cut a slice out of this pie.

Ford and JMC are bucking five homegrown heavy hitters claiming 83 percent of the market. They are healthy and well funded, thanks to five years of booming sales, preceding the 13.4 percent decline during 2011.

China is serious about improving their infrastructure and Ford is optimistic about the potential, despite the poor performance of THT this year. They have sold only 309 trucks, which is why JMC is getting the assets at fire sale rates, provided the government approves the transaction.

So the question is will Ford’s expertise and their successful partnership with JMC enable them to crack the tasty nut of the Chinese heavy truck market? They are confident it will.

“With Ford’s support, Jiangling will quickly introduce new products and improve Taiyuan’s existing products in order to bolster the competitiveness of Taiyuan Heavy Truck,” Schoch was quoted by Perkowski. “Ford has enormous experience and world-class products and technologies, including in the heavy truck business, which can be deployed to support JMC after the acquisition.”

The bottom line is the heavy truck market in China is decidedly price oriented, according to Forbes. The trick for Ford is to produce better trucks using their expertise, but at a better price point than their Chinese rivals.

“You must learn to walk across the rice paper leaving no impression, grasshopper,” Master Po schooled young Kwai Chang Caine. What Ford is attempting is a similar physical epiphany.

We hope the ancestors of Ford’s founders will guide them.