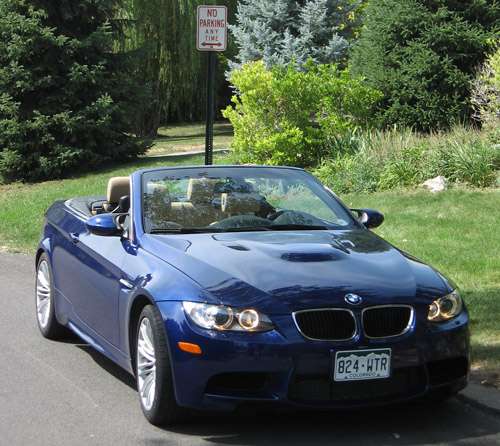 Five ways buying a BMW in Germany may work for you

European delivery programs have been around a long time and are available from most Euro automakers with mixed records of the experience. We recently talked with one man who shared five ways buying your BMW in Germany may work for you as well as it did for him.
Advertisement

Cameron Wateman, as we shall refer to him for this report, is not your average Joe, but he may represent the average buyer of the 2011 BMW M3 convertible he picked up in Munich last year.

He’s a mature, successful businessman with a lovely home in an exclusive suburb of Denver. He has two grown children and has entered the empty nest stage of life. He is a frequent international traveler thanks to his profession and had never bought a new car before in his life.

The First Way is Price
He’d heard about the European delivery programs for BMW, Mercedes-Benz, Audi, Volvo and even Porsche so his first motivation was saving money.

“The great thing about it was you should save enough money to pay for the trip,” Wateman said. “I’d have to call the dealer to confirm it, but I think they have to pay for the car before they even begin to build it. Of course, they finance it for you, so I didn’t have to write a check for the value of the car.”

He put 30 percent of the value down and financed the balance though BMW. This model is about $70K and has only a couple of available options. Basically, the standard model comes more or less loaded.

The remaining balance was arranged in a two-year note at 2.4 percent interest, an excellent rate any way you slice it.

Second is Travel
Wateman was going to Munich on business anyway, so it worked out better for him than it might for others, but the big bonus is you can drive your car in Europe for a month with BMW picking up the insurance tab. He went immediately to Innsbruck to ski.

Rental cars are exorbitant in Europe, so if you’re planning a European vacation, this is another way it can save you money.

“You get a free rental car and they’re paying the insurance, so all you’re paying for is gas,” he added. “Rental cars cost an arm and a leg in Europe.”

So Wateman recommends it for anyone planning a trip to Europe and thinking of buying a new BMW or other European make.

“For somebody wanting a European vacation and wanting to drive, this is just ideal.”

His only caution is if you plan your European delivery for winter, by German law it has to have snow tires, so that is an additional expense. In that case, you have to return it to Munich where the snow tires are put on by a third party. Otherwise, you can drive it as long as you like and drop it off at any of numerous locations all over Europe for shipment back to the states.

“You’re allowed to drive it for up to a month for no charge and if you want to go longer than that then you have to pay for the insurance. BMW pays the insurance for a whole month and then they pay everything to ship it back.”

Third is Personalization
When you buy from the dealer, you are more or less steered to what they have on the lot. You want a burgundy model with a gray interior and all they have is a burgundy with black – so you compromise to have it sooner rather than later.

“You can specify color, interior and everything, just like a new house,” he said. “The reason I got the M3 is it’s a bit of a sports car, but you can still get four people in there or carry stuff.”

He considered and drove a Z4, but the two-seat roadster provided more connection to the road than wanted and he is very pleased with his decision over a year and 6,000 miles later.

Fourth is the Experience
When you pick it up, it is your car you are driving.

“When you pick it up at BMW World, it’s like you are King for a Day,” he smiled. “You’ve got to love the Germans – they say okay, your pick-up time is 1:47 pm, and you’ll meet Heinrich right here!

“When you go inside, it’s a fabulous museum building and you go upstairs to the executive lounge,” where all the buyers wait for their appointments.

“When I met Heinrich at 1:47, I was taken to this big balcony, overlooking all these cars, three or four of them. He presses a little button in his pocket and the Klieg lights shine down on your car as it starts to rotate on a turntable.”

They had 32 such deliveries the day Wateman was there.

“Most of them were European, but five or six were Americans.”

From there, it takes about an hour before you actually get into your car.

“When you drive out of the building, it is constructed in such a way you go around this big circular route and everyone in the museum sees you drive out in your new BMW,” Wateman continued. “It’s one of the reasons everyone has so much fun doing this.”

Before leaving you’re given a quick tutorial on what not to do with your brand new engine. All new car engines need a break-in period before exceeding certain specifications.

Fifth is the vehicle itself
His last day there he dared to take it out on the Autobahn.

“It’s seven-speed and I was going 110 mph so you can drive it pretty fast, but that speed is scary,” he admitted, “because everything happens so fast.”

The scuttlebutt there is the road has no speed limits because if it had them, the German authorities think people would grow complacent and ignore them, causing more accidents. Secondly, it keeps people who can’t drive off the highway.

While he drove it in Europe, he encountered both snow and rain without problems. Since the M3 arrived in Denver, he has driven to the ski resorts and around Colorado with only the high-performance tires it comes with.

Notably, the 2011 BMW M3 convertible is the last year to come without a turbocharger, but it still is a fetching embodiment of the Ultimate Driving Machine. The V8 engine has a surprisingly deep growl when accelerating and it quite suddenly leaps ahead when you stomp on the pedal.

Interesting features include a variable redline on the tachometer that increases as the car warms up. You see a lot of ads on TV about Eco buttons these days, but the M3 convertible has an M button, that boosts the engine power even more.

Wateman is untroubled by the 13-mpg the Beamer gets in town or the 20-mpg delivered on the highway. It seems to exactly fit the niche in his lifestyle he wanted it to.

He is absolutely delighted with his experience picking up in Europe and driving the car at home. It joins an X5 and a sedan of another make in his garage and fills an enviable place in his life.

Though not everyone has had as blissful an experience with European delivery programs, the higher the price of the vehicle, the more likely it will result in significant savings.

The one trick is finding a local dealer who is willing to really work with you. Wateman went with Schomp BMW, an established and well-respected dealer in the Denver area, focused on serving their clientele. If that turns problematic, we suggest contacting the online site of BMW USA for assistance in locating a dealer to work with you.

Not all dealers are happy to facilitate your overseas purchase, as it more or less cuts them out of the profit loop, but the ones more concerned with the client than their own bottom line will bring their best offer to the table. What more can you ask than that?