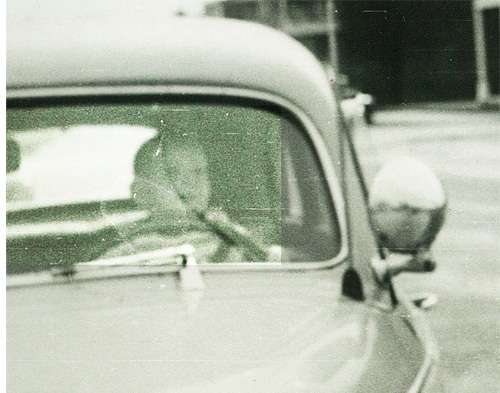 Every automotive enthusiast can probably trace their love of cars, trucks, driving or motorsports back to a single event and now the Shell V-Power Ultimate Enthusiast Contest offers a very cool reward for the car lover with the best tale of how their automotive affair began.
Advertisement

It may have started out in the garage, working on cars with dad. It might have been sparked by an image on a magazine, showing the latest super dream car. Perhaps a classic sports car graced your teenage years in some way or maybe you just saw a car on the street that changed your world forever.

Whatever the source of your passion, getting it across to the judges could win one of three top contestants a trip to Scottsdale, AZ for a three-day, VIP experience at the 42nd Annual Barrett-Jackson Collector Car Auction next January.

An invitation to Barrett-Jackson's opening night gala and access to the world famous car auction are included. One Grand Prize winner and their guest will be treated to the Ultimate Enthusiast week in Italy, exploring the country's historic sites and rich automotive history with names like Ferrari, Maserati, Alpha Romeo and Lamborghini.

That would provide a lot of miles on the pride and joy that’s covered up out in the garage, now wouldn’t it?

Though there are much more rabid enthusiasts than I, memory provides my defining moment at the age of 14, when I was working the summer away at an amusement park in the Flatlands known as Kiddieland.

In those days, you could actually pull into the center of the park in a car and a gorgeous young and very rich girl pulled onto the promenade in a 1958 Alpha Romeo Milano S.

My jaw dropped to street level – I had never seen anything like it! I mean the car, but the girl wasn’t bad looking either – both had a somewhat racy look, you might say. Unfortunately, life has not provided a stable of exotic sports cars to play with, but being an automotive journalist has allowed me to drive cars I never thought I would.

Of course, the true ultimate enthusiasts could well be the judges themselves. Take Alan Taylor, host of Motor Trend Radio, for example. Alan’s love for cars began when his father brought home a classic British sports car – Taylor was only seven. One can only wonder if that was a Triumph, Jaguar, MG, Austin Healey or Aston Martin.

"I climbed behind the wheel and something just clicked – I was never the same again," Taylor said.

When he turned eight, Hot Wheels had just come out and he became an avid collector. His love of cars led to a job immersed in the automotive world as a top-rated automotive journalist.

"My daily driver is a Shelby Mustang GT500 Super Snake drop top with almost 700 HP, and you may think I'm weird, but I also have a pretty impressive collection of Hot Wheels too."

The other judge is Tony Marini, executive director of Hot August Nights, a Reno based fundraising event organization focused around Classic Cars and Rock N Roll.

"Being a real enthusiast is not about having the flashiest vehicle, but about the behind the scenes tinkering and lifelong camaraderie that shines through and through,” Marini stated. “While I've always had a passion for cars, my love affair really revved up when I joined the team of Hot August Nights. The 26 years of this nostalgic event is nothing short of amazing and you can't help but feel the power behind it."

So how do you know if you could be in the running?

Shell’s definition of the Ultimate Enthusiast is someone who spends most of their leisure time around automotive pursuits or things.
However you only have the weekend to compose your entry and post it here. The contest ends Dec. 3.

In closing, perhaps my love of cars began earlier than I can remember, based on the photo above, in which I am seriously trying to figure it all out around the age of two – I ‘m standing in the seat of this car.

If you need help composing your entry, I can possibly find time to help one enthusiast with their tale this weekend. Send an email using the button to the right of my byline.