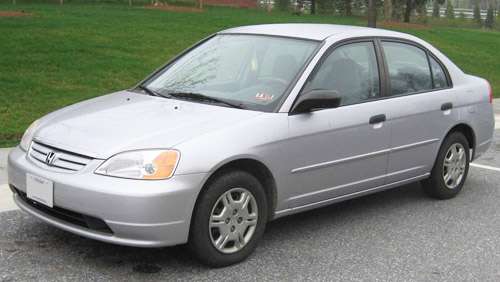 Electric cars have their pluses and minuses, but the day is coming when you can take the gasoline vehicle you bought five years ago and convert it to a zero-emissions plug-in EV with everything you’d expect, except the tax credit.
Advertisement

A just-posted story on the Forbes website by Jim Motavalli, a regular contributor to the Mother Nature Network, outlines some of the new conversion kits already available on the market for cars and trucks including the Honda Civics, Ford F-150s and even the GM Silverado.

The downside is the price tag runs from $24K for the Civic to $79K for the Silverado – but the costs will come down as the number of adopters goes up. Of course, given the cost of the kit, even for the Honda, by the time you add in the cost of the Civic, and subtract the tax credit from the new car, you could probably buy a brand new EV cheaper at the moment.

Then again maybe you like the car you’re driving and just are getting tired of putting fuel in the gas hog – in most areas you can get the equivalent mileage you get from a gallon of gasoline for a dollar’s worth of electricity.

The kit for the Honda Civic, model years 2001 to 2005, was the brainchild of a team at Carnegie Mellon University in Pittsburg. Chances are you’d need a mechanic to install it, where it would take two to three days at most shops. The other consideration is the engine and transmission, along with other unneeded collateral systems, can be resold to help defray the expense of conversion.

“There will be an insignificant impact in terms of petroleum reduction from the new plug-in hybrids and electric vehicles for more than 15 years — even if they come in at a rate 10 times faster than hybrids came into the market,” Felix Kramer of CalCars told Motavalli. “That’s because we have 250 million vehicles in the United States and 900 million in the world.” Kramer also points out that the cars already on the road have a lot of “embedded energy,” and that about 15 percent of the total energy used by a car or truck in its lifetime was expended to build it.

The kit developed by the university’s ChargeCar Project contains everything you need. It includes the electric motor, controlling systems with an electric heater and pumps, 10.5 kWh lithium batteries, a computer display providing information on battery level and/or readiness, plus all the adapters necessary to put it all into a Civic. Unless you’re a major DIY proponent, you will need the mechanic.
“We’re not manufacturers or price optimizers,” said Illah Nourbakhsh, of Carnegie Mellon’s ChargeCar. “The cost would come down if we could buy 100 kits at a time.” That’s the hang-up – but it’s also an opportunity for enterprising souls with deep enough pockets.

How long before someone realizes they can take used cars with shot engines or transmissions and put a kit in them to resell them as an EV? If they can buy the kits by the gross and pick the cars to convert to EVs out well, there’s a profit waiting for someone.

The lithium battery will fit into the spare tire space in the Civic and is only about $5,000, not bad for a battery pack today. It takes 10 hours to reach a full charge with a standard 110-volt outlet, but you can double the power input with a 240-volt garage device that halves the charging time. The conversion gives the Civic a 40-mile electric range – about the same as a Chevy Volt – but without the onboard generator to extend range.

“It’s difficult to get the price any lower,” according to H. Ben Brown, a project scientist at Carnegie Mellon’s Robotics Institute. “On the positive side, your impact on the planet is small compared to that of building a new vehicle.”

Torque News has posted numerous articles regarding ALTe, a company created by a trio of Tesla expatriates, dedicated to creating easily applicable plug-in hybrid conversions for fleet and niche vehicles. The company is working hard to make a business of converting existing vehicle models into EVs.

That’s one of the reasons the first targeted the popular Ford F-150 pick-up. After removing the offending V-8, it is replaced with a four-cylinder engine, a 22-kWh battery pack, and two 60-kilowatt electric motors. This makes the F-150 into a plug-in EV with 25 to 40 miles of emission-free mobility. According to ALTe, most owners will see an 80 to 200 percent improvement in fuel economy. Converting a three to five year old Ford costs $30,000 through ALTe.

However, competition is sure to bring the price down eventually which brings us to the newest player in this new industry, namely VIA Motors. They are concentrating on plug-in hybrid conversions of the bigger GM vans, trucks and SUVs, but the cost of converting a Silverado to EV is $79,000 “in volume!” It would take really big orders to make this work but they may get them thanks to an inside track with GM.

Of course, both ALTe and VIA are focusing on converting entire fleets of vehicles, the tech is sure to move to passenger cars before too long. Meanwhile, if you see a really good deal on a 2001 to 2005 Honda Civic, it might be worth grabbing.