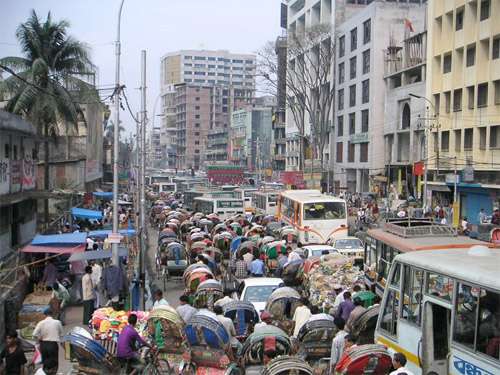 The continuing quest for true causes of climatic change

Other than party politics, few things spawn more passionate and varied perspectives than anything related to greenhouse gasses, climatic change, CAFE requirements and the US appetite for foreign oil.
Advertisement

Some deny the climate is changing despite verifiable empirical evidence to that effect. Others accept climatic change but refuse to consider human activity can have any effect on something so massive and seemingly eternal.

Still others connect the level of CO2 in the atmosphere, which has been increasing annually since the industrial revolution, with the greenhouse effect, thought to have a direct effect on atmospheric systems. Another group quotes authorities that flatly deny CO2 has anything to do with the climate.

Ray Bradbury, in his short story A Sound of Thunder, the author sought to point out the ramifications of the smallest act could have a gargantuan impact across the magnification of time.

This echoes the spiritual concept, common to several major religions, that all things are connected. Physics and chemistry demonstrate how all actions produce a reaction.

Food is a basic human need that fast food places fulfill, quickly and cheaply on a grand scale. A person goes to a burger stand and buys a combo meal, consumes it and throws away the wrapping. It’s a small ordinary thing without a single malicious intent. Still you multiply that simple act by millions upon millions of people and the effects it has on the environment and global economies is significant.

So what does all this have to do with automobiles? We’re getting to that.

There are numerous sources of CO2 in the atmosphere and the things that transport us are among those producers of greenhouse gasses. However, in the grand scheme of things, fleet vehicles produce far more CO2 than passenger cars, simply because of the mileage they rack up.

Essentially all living things produce CO2 by respiration. Even plants put some carbon monoxide into the air, but take more out through photosynthesis, according to a post on the Schlumberger Excellence in Educational Development (SEED) website.

When living things die they begin to decompose into simpler chemical compounds including CO2.

When the soil is plowed, the carbon dioxide stored by plants is released once again.

Though there are not many around, volcanoes also spew gasses including CO2, along with additional heat energy into the air.

Then there’s the fact that we burn fossil fuels to heat our homes, create electric power as well as transporting our goods, services and selves. According to SEED, in the US alone we pour 28.7 billion tons of the greenhouse gas into the life giving air mass every year.

There is another source from many of our industries and most notably the production of the cement we use to build bridges, overpasses, flyovers, buildings and sometimes roads. Cement comes from crushing and baking carbonate rocks such as limestone and chalk and amounts to a full five percent of the human activity created CO2.

Since the dawn of time, our human ancestors burned wood at campfires to keep warm. Later we started clearing land for agriculture and lumber, followed even later by deforestation of the South American rainforests for cattle range.

Since forests scrub CO2 out of the air this human action has a twofold effect. First, burning forests, whether intentionally set by man or caused by nature, release massive amounts of CO2 into the atmosphere. The subtracted trees no longer make their contribution to removing the gas from the wind.

Industry, which includes deforestation, contributes 22 percent of the CO2 caused by human action. Transportation, including fleet vehicles, buses, trains and planes produce 23 percent of the total.

The largest single contributor to the amount of greenhouse gas in the air comes from the way we generate energy in the form of electricity. Power generation by coal fired plants, at 39 percent of the total, produces nearly as much CO2 as all of industry and transportation combined.

So it makes sense to make our cars more efficient and find ways to heat our houses without using as much energy. However, if we don’t find a better way to generate the electric power we thrive on, many of our efforts will have little effect on the overall situation.

In a comic book fan magazine titled Witzend, Marvel Artist Wallace Allen Wood wrote a poem projecting the fate of the human race. In it he implies that the urge to procreate among us is so great, that we may ultimately “kid ourselves to death.”

About the same time as his poem was published in the mid-60s, a group known as ZPG (for Zero Population Growth) spawned a significant political movement with links to environmentalism and the feminists. It was sadly eclipsed by the Vietnam War protests that occupied the nation’s social conscience a few years later.

ZPG activists asserted “that a constantly increasing population is responsible for many of our problems: pollution, violence, loss of values and of individual privacy.”

The founders of the movement were Paul Ehrlich, author of The Population Bomb, and Thomas Eisner, a German-American entomologist and ecologist, plus a pioneer of chemical ecology, dealing with the chemical interactions of organisms. He was author or co-author of some 400 scientific articles and seven books.

There are many good things you can do to improve the planet, lessen your use of energy and contribute to the creation of a sustainable world for future generations. A fuel-efficient car or truck, an electric car, investment in solar or wind power and many other efforts are among them.

In the final analysis, the single greatest impact you can have is by minimizing the number of progeny you create. The campfires we made to keep us warm were no problem for 80,000 years. Now that we number over 7 billion globally, its sheer numbers that are the real problem.

China has been actively pursuing a balanced birth and death rate for many years and will probably achieve it by 2030. India has just as many people (1.3 billion) and shows no sign of slowing down.

So now you know the true cause of climate change. We have found the enemy and they are us. Should you be interested, the ZPG movement is still around and now goes by the name of Population Connection.

John Goreham wrote on November 15, 2012 - 10:59am Permalink
If you poured 10,000 frozen peas on the floor of your kitchen representing 1 unit of Earth's atmosphere and then you placed corn kernels on the floor to represent the amount of CO2 in 1 unit of the atmosphere today, how many kernels of corn would you need? How many would you need to place on the floor if you wanted to represent the amount of CO2 in the atmosphere 50,000 years ago (before man could have made any impact). How many kernels would you need if you wanted to represent the percentage just about the time T-Rex was walking around all proud and angry? If you are an expert on climate change the answer should be easy. If you don't know, start with ppm (parts per million) and work backwards. Don't get too tricky, just round to the nearest whole corn kernel. If you want to do this experiment at home use white Airsoft bbs. They come exactly 10,000 to a jar. You can use another color Airsoft BB or peas or something not white to represent the CO2.