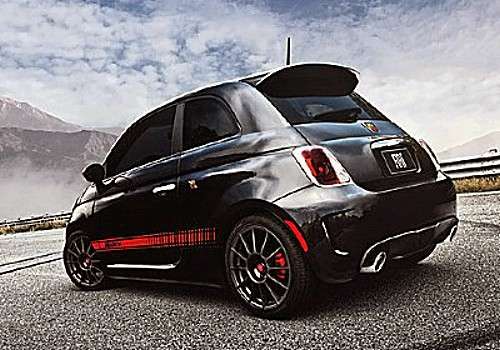 Buoyed by sales of the Fiat 500, Chrysler Group LLC posted the highest increase in sales of the Big Three automakers selling 126,185 cars and trucks, a 10.2 percent jump over last October.
Advertisement

Chrysler has sold more vehicles in the first 10 months of 2012 than it did during the full year in 2011. In the process, the automaker gained close to one half percent in market share, up to 11.6 percent from 11.2 percent last year.

"In spite of Hurricane Sandy, Chrysler Group posted its best October sales since 2007, and we achieved our 31st-consecutive month of year-over-year sales growth," said Reid Bigland, head of U.S. sales for the Auburn Hills-based automaker, in a Detroit News article.

The sales boost was led by the Fiat 500 and Dodge Caravan, up 89.3 percent and 49.3 percent, respectively, year to year.

Overall car sales in October were up 6.9 percent, based on retailing 1,092,205 units, up from 1,021,313 sold last year. Higher fuel prices continued to play a role, as car sales were up 13 percent compared to a meager 1.6 percent increase in truck sales.

General Motors posted a 4.7 percent uptick to 195,764 units, though the automaker dropped nearly half a point of market share, sliding down to a 17.9 percent total share from 18.3 percent in 2011. Again, fuel efficiency was a factor, as GM’s sales in October were driven by the Chevrolet Cruze and Buick Verano.

Ford’s sales showed little movement, creeping up a slight three-tenths of a percent to 167,947 units as the brand gave up a point of market share to the competition, falling from 16.4 percent to 15.4 percent.

However, the automaker is banking on demand for the new C-Max Hybrid, that’s currently drawing a significant percentage of sales to buyers who trade in competing vehicles.

Foreign brands post mixed results
Toyota's sales in October rose by 15.8 percent to 155,242 and the brand gained over a point in market share, jumping from 13.1 percent to 14.2 percent.

Meanwhile, Honda and Nissan lagged behind with the former up 8.8 percent, while the latter’s sales actually dropped 3.2 percent.

Hyundai’s sales were also down 4.1 percent, while Volkswagen AG sales soared by 20.4 percent.

All in all, estimates for total sales in 2012, seasonally adjusted, are now projected at 14.29 million units, up from 13.34 million units a year ago.

Auto sales during the last week of October were seriously curtailed in the Northeast by the widespread devastation and disruption of Hurricane Sandy. Many of the dealers in the 14 affected states were unable to open and power is still out in some areas. Further, a sizable number of vehicles were damaged by the storm.

The disaster had a significant effect on Hyundai and Nissan sales as the Northeast is a major component of their overall sales, but also impacted Ford and GM, who are offering a $500 disaster relief discount on the sale or lease of a 2012 or 2013 vehicle.

John Goreham wrote on November 5, 2012 - 11:37am Permalink
Not in the big 3. I could be mistaken, but I don't think Fiat is part of the big 3 globally, and I am certain that Chrysler LLC isn't in the top 3 in the US (your story confirms that). Isn't the the big three list In America GM, Ford and then Toyota? I realize "Big 3" may have had a historic definition related to US owned companies, but I don't think Chrysler meets that test. Its CEO resides in Italy at the corporate parent's HQ, and much of its product is made outside the United States, for example the 200.
Dugan wrote on November 5, 2012 - 4:43pm Permalink
John, I agree that Chrysler WAS one of the BIG THREE U.S. Automakers but to say that Toyota replaced them would be a incorrect. As U.S. automakers, Headquartered in the U.S., GM and Ford are what you may now call the BIG TWO. Additionally, the Chrysler 200 is built at the Sterling Heights (Michigan) assembly on Van Dyke Avenue in Sterling Heights. Hardly outside the United States. In this global automotive market, can any vehicle claim to be 100% U.S. built?
John Goreham wrote on November 5, 2012 - 8:23pm Permalink
Thank you, you are right on all accounts. I meant to type 300, which is made in Canada. My main point though is that Fiat, or Chrysler, is not by any definition part of the big 3 anymore.