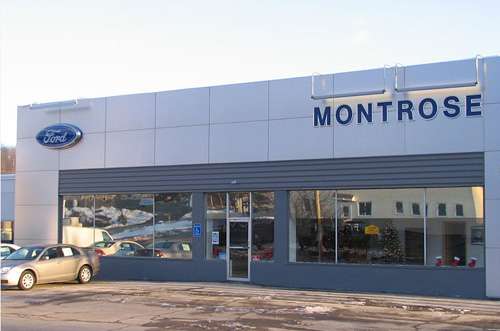 Car sales saving the US economy

The projected sales of 14.5 million vehicles in the US last year is the highest number since the recession began, an increase of 13 percent over last year, and equal to 30 percent of the overall economy.
Advertisement

An article by Brad Plumer on the Washington Post website credits the 30 percent designation to the international financial house Credit Suisse. They in turn assign this number to individual consumer purchases alone, without factoring in fleet or commercial sales.

Remarkably, despite the number of new car sales in the US last year, the average age of vehicles on the road went up last year – a clear indicator that new car sales will continue to improve in 2013.

All the recalls had little if any effect on sales though. Even though Toyota and Honda recalled 8.4 million cars between them in 2012, both increased their market share by 17.3 and 25 percent respectively.

In 2011, both Asian brands had trouble with supply issues caused by the Japanese tsunami, but they weren’t the only ones with recall and quality issues.

General Motors recalled 1.3 million vehicles while Ford had to modify another 1.1 million. It’s hard to name a single manufacturer who did not issue a recall for one thing or another in 2012, but none of that seemed to affect auto sales in the US.

The Washington Post cites a study by North Carolina State University stating Toyota’s highly publicized issues the allegations of unintended acceleration had no measurable impact on the brand reputation.

Most pundits agree that since many consumers put off buying new cars during the first years of the recession, the average life of the cars on US roads created a pent-up demand that found expression this year. However, despite the sales boom the age of cars has gone up to over 11 years, from 10.8 years in 2012.

That’s a good sign for 2013, in that as the economy continues improvement, auto sales will continue to drive the engine of commerce. This is likely to happen despite the determined efforts of our Congressional lemming faction to plunge en masse over the fiscal cliff.

John Goreham wrote on January 1, 2013 - 11:48am Permalink
I wonder what the Commonwealth of Mass will do with the 6.25% collected on every new vehicle vehicle sold and the towns will do with with the 2.5% excise tax on all the new registered vehicles? Not to mention the plate fees, registration fees, and of course the all-important new car safety and emmissions test fee. Maybe give it all to the MBTA?
Don Bain wrote on January 1, 2013 - 3:54pm Permalink
From what I've read about some towns in New England, maybe they'll build charging stations, then again it might be put into other fund raising and safety efforts like red light cameras and photo radar. Your guess is as good as mine.
John Goreham wrote on January 2, 2013 - 12:18pm Permalink
When our current (Democrat) Gov took over from Mitt Romney, the first thing he did was have the state buy him a new Cadillac to replace the LTD Crown Vic that had been used for eons as the state limo for the Gov. So maybe he will upgrade now from a Deval, I mean Deville, to an Escalade. I mean, ya gotta live, right? It's been 5 years...