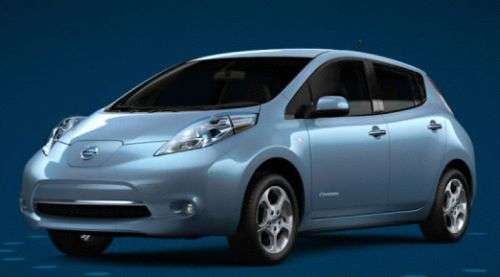 The burgeoning British market for the Toyota Prius, Nissan Leaf

It’s seems the green revolution is coming to the British Isles as a leading online motoring website has announced the demand for greener and less polluting vehicles has hit an all time high while consumers are paying the highest price ever for diesel fuel.
Advertisement

"The demand for green cars is on the increase and this is partly due to the improvement of reliability and performance,” stated Chris Green, Co-Founder and Sales Director of Motoring.co.uk. “A number of manufacturers are investing heavily in hybrid electric vehicles, as consumers becoming increasingly keen to reduce their motoring costs by cutting down on fuel consumption and qualifying for lower tax bands.”

Based on new car registration for 2011, the report highlights increasing sales of the Toyota Prius, up 51.5 percent in the first three months, and Nissan’s recently launched Leaf already has 550 standing orders according to the manufacturer.

"In the future, we will see more and more people opting for cars that are cheap to maintain rather than splashing out on models to impress the neighbours,” Green continued. “We estimate that demand for greener cars will increase dramatically over the next 18 months."

On Motoring.co.uk buyers can contrast the cost of buying and owning a new car with a Car Finance Calculator allowing users to compare two vehicles side by side, with data on fuel efficiency, road tax, annual mileage costs, monthly finance payments etc. There is also a forum where potential buyers can network for advice and support, plus car reviews and videos, to help make the right choice on their next vehicle.

In the U.S. and around the globe you also have the resources of TorqueNews.com.