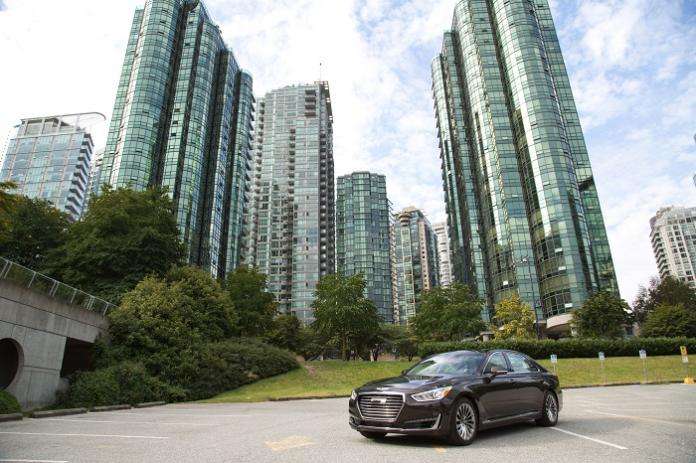 Why is Hyundai Trademarking GT Name for Genesis Brand

A new report claims Hyundai has trademarked the “GT” designation for its Genesis luxury brand.
Advertisement

GT,” of course, is a well-known moniker, used for sporty trim levels by brands across the automotive industry. Ford offers a Mustang GT, for example, and Hyundai itself has just launched the Elantra GT. “GT” usually, but not always, stands for Grand Touring.

Then there’s the matter of how the Genesis brand names its cars. Anything with a “G” in front of the number (such as G80) is a car, if it has a “GV” designation, it’s a crossover and/or SUV (the “v” stands for versatility, by the way). The number itself denotes size and cost, with the higher number correlating with larger, more expensive vehicles.

Genesis has launched as a luxury brand, but it won’t be all sedans and crossovers – there is a line of two-door luxury coupes planned. So it follows that with sedans being dubbed “Gs” and crossovers being named “GVs” that coupes would pair the letter “G” – for Genesis, duh – with another letter in a combination that denotes sport.

And with Grand Touring being used on sports cars for what seems like forever, well, it just makes sense for Genesis to use it to separate its sports cars from its sedans.

The filings with the U.S. Patent and Trademark office show that it has reserved the GT60, GT70, GT80, and GT90 names. While Hyundai and Genesis haven’t confirmed coupe plans, the brand says it will have six models on sale by 2020. That would likely include the current G80 and G90 and the upcoming G70, leaving room for three models. Motor Authority speculates the models will be two SUVs – a GV70 and GV80 – along with a GT70 small coupe, which The Drive guesses could be based on the upcoming Kia Stinger.

Hyundai killed its Genesis Coupe, so a GT70 could serve as a replacement for that model.

Whatever the case may be, this is a logical next step for Hyundai as it grows its Genesis brand.