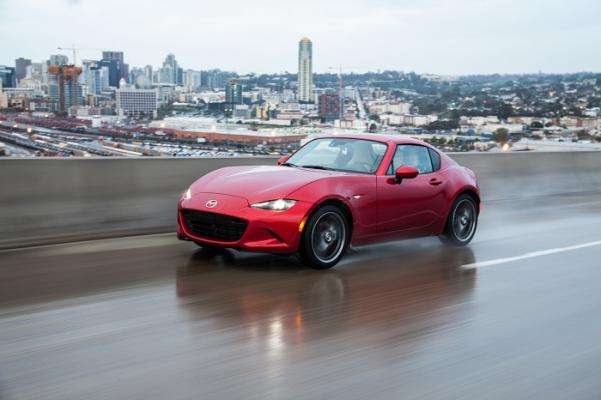 On the surface, it’s a tough call. The Miata and 86 are both fun, lightweight rear-wheel drive sports cars that are easily tossed around a racetrack, and neither comes with a high price tag. So what wins?

As MT points out, the 86 offers more power (205 horsepower, 156 lb-ft of torque) than the Miata (155/148, respectively) but the Miata also weighs more than 300 pounds less. Styling may play a factor in the decision, and the Miata offers a removable roof, which the 86 doesn’t.

Playing to a Draw

A drive through the winding roads of California doesn’t settle things, and tossing the keys to in-house hot shoe Randy Probst – a pro driver – for some hot laps at the track doesn’t settle the matter immediately, either, thanks to both cars turning lap times that are nearly identical.

Finally, a Winner is Picked

Motor Trend initially said their favorite car was whatever they drove last, before picking a winner based on the “drudgery” of daily driving/commuting. That winner was … the Miata. The magazine’s writers simply liked it better when driving to and from the office.

I’ve driven both vehicles, and it’s hard to argue any points here. Both are great little sports cars, and while the 86 may have finished second out of two, that doesn’t mean it’s a loser.

For Some Former Daimler Managers Daimler Is Authority, While Tesla Is Like a Startup
How Daimler Unintentionally Subsidizes Tesla Giga Berlin
END_OF_DOCUMENT_TOKEN_TO_BE_REPLACED