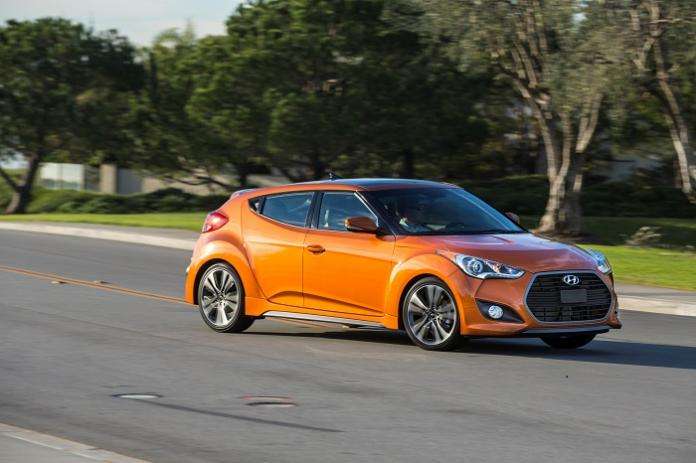 No Hyundai Veloster for 2018 Model Year

We know the Hyundai Azera is dead, at least in America. Now we also know that there will be no 2018 Hyundai Veloster.
Advertisement

Don’t fret, Veloster fans, it will return as a 2019 model. We know, because we’ve seen plenty of spy shots and covered them extensively.

Those who want to buy a current-generation car shouldn’t worry, either. The 2017 model will be sold until the end of the year, and the 2019 will be launched at some point near the beginning of 2018.

This makes sense – with a new model on the way, it’s simpler for Hyundai to just prolong the model year. And with the Veloster in its sixth year, it’s about time for the new model to reach market. Competition in the segment is much fiercer than it was in 2011, and some new entries are high-performance – which Hyundai will presumably counter with an N high-performance trim. Spy shots have all but confirmed an N is on the way.

The bigger news here is that Hyundai has now signaled the launch timing of the next-gen car. A spokesperson quoted by Automotive News told the industry trade publication that the debut is scheduled for after the first of the year, so that hints at an unveiling at the 2018 North American International Auto Show in Detroit, with sales to follow a few months later.

An alternate, but less likely timeline (at least based on the phrasing used in the AN piece) would see the next Veloster launched at the 2017 Los Angeles Auto Show, with sales starting after the new year (by law, automakers can’t sell a 2019 model before January 1, 2018). This is an outside possibility, as the L.A. show is a more natural setting for launching a sports car, thanks to its warm-weather environs. Still, our money is on a Detroit unveiling.

Either way, if you want the next Veloster, you don’t have long to wait. Conversely, if you’d love a 2017 model, you have until New Year’s Eve, give or take.