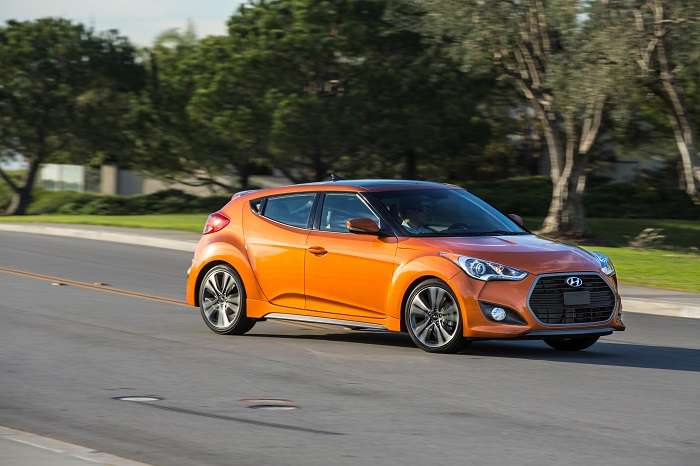 Motor Trend Digs the Vibe of the 2017 Hyundai Veloster Turbo

Motor Trend's test review of the 2017 Hyundai Veloster Turbo is in.
Advertisement

The venerable magazine notes that it can be difficult to stand out in a crowded compact class, but the 2017 Hyundai Veloster does so because of its quirkiness.

MT goes on to say that the car remains polarizing despite having been on sale for several years in its current form, and that it remains fun to drive around town with the manual transmission.

The buff book also says that the third door, as weird as it is, still helps with rear-seat access.

Praise goes to the powertrain for having a “very usable powerband” but the mag also dings the Veloster for having too much wind and road noise at highway speeds and for having a suspension that transmits vibration to the cabin when the car is driven over rough pavement.

Motor Trend also didn’t wring out eye-popping test times, and they called the Veloster a warm hatch, as opposed to a hot hatch. Clever.

It’s been a while since I’ve driven a Veloster, but from what I recall, this review is pretty spot on and fair. It concludes that the appeal of this car is its uniqueness, and that while something like the Volkswagen GTI is worth the extra money, the Veloster is the “only game in town” for the shopper who dares to be different.