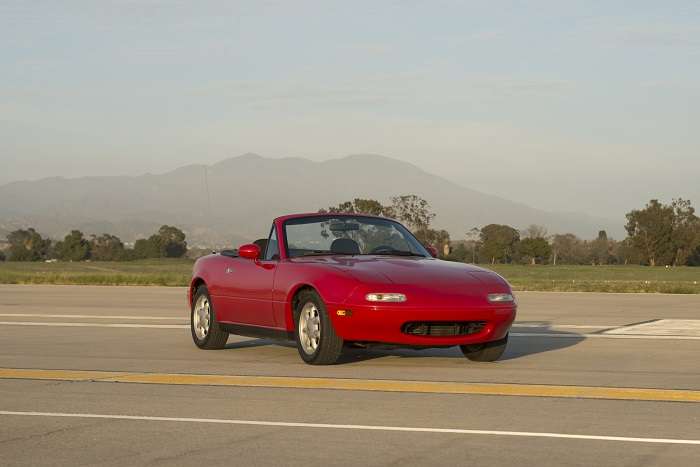 A Miata owner took part in a burnout contest in Virginia over the weekend and ended up burning more than just some rubber.
Advertisement

The unnamed driver entered his Miata, complete with a swapped-in V-8 engine, in the Hyperfest burnout contest, which was held at Virginia International Raceway in southern Virginia. The driver pressed the hood up against the barrier that separates the burnout box from the crowd and goosed the gas pedal. Sadly, the front end couldn’t get fresh air, since it was all squished up against the wall. Less than half a minute later, the engine went boom.

Owner Downs Beer While Car Goes Down in Flames

In a starting entry in the category of “heroic or stupid?”, the driver then reached back into the burning car to grab a beer out of a cooler.

He must’ve really wanted to drown those sorrows, or simply to enjoy the show that a burning Miata provides. Whatever the case may be, there’s one less Miata in the world, and that’s sad, especially since this particular car had V-8 power.

When we said that Miatas make great racecars, we didn’t mean you should expose them to environmental conditions that will make the likelihood of an engine fire much higher.

Alas, if you took our advice and are now shopping for a Miata for weekend racing, well, there’s one less on the market. Beware should you see a classified ad a few weeks from now advertising a “Miata, medium rare.”

Not just because you don’t want a burnt Miata, but judging from the video, this thing is well-done.