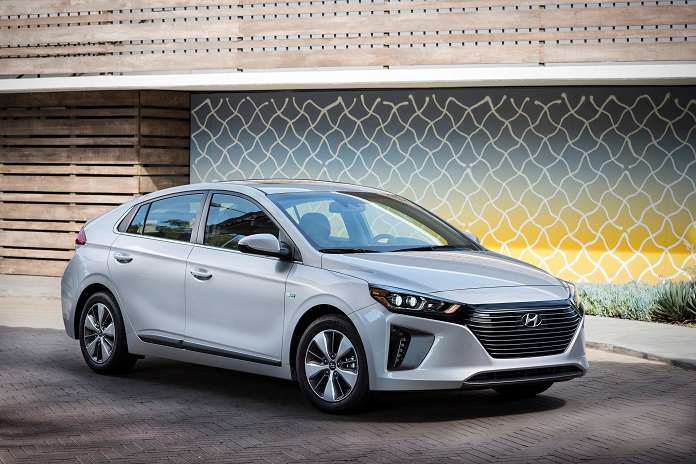 Hyundai’s Ioniq has won the Best Green Technology for Businesses award in the U.K.
Advertisement

The award was given out by the judges at the 2017 BusinessCar Fleet Technology Awards in the U.K.

Why did the Ioniq win? A major factor was its three available powertrain choices – the Ioniq is available as an all-electric vehicle, a plug-in hybrid, or a conventional hybrid.

Since there are three powertrains to choose from, the Ioniq offers a level of flexibility that’s appealing to businesses. Which is a big part of why the Ioniq got this award. Fleet managers will have different wants and needs, and the Ioniq allows those different needs to be met, although all three powertrains have one thing in common – saving customers on fuel.

From the press release: “Hyundai Motor’s Fleet team worked hard to ensure the Ioniq is as competitive as possible for fleets. The Ioniq electric is best-in-class for service, maintenance and repair costs, with the lowest prices at both the three-year/30,000-mile and five-year/50,000-mile points. Vehicle benefit tax for the pure-electric model is just seven percent, which means the cost for company car users starts from £405 per year — just £33.75 per month.”

And if you’d rather hear from a Hyundai exec? In this case, Hyundai Motor U.K.’s president and CEO? “The choice of three electrified powertrains in Ioniq represents a world first for fleet decision-makers, so it’s great to see that endorsed by industry experts. Ioniq is enabling new opportunities for Hyundai with business car users in the U.K., and we’ve already seen orders surpassing expectations in the first half of 2017.”

Hyundai made a bet that buyers would want to choose from more than one alternative powertrain when it released the Ioniq, and the bet appears to be paying off.