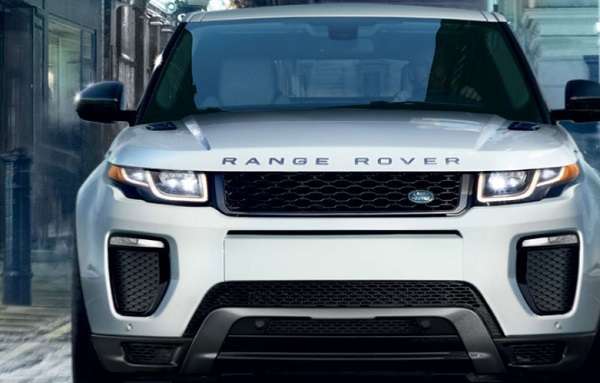 It's Time for an Even More Expensive Range Rover

If you want a luxury SUV, you can’t go wrong buying a new Range Rover. But while a fully loaded Range Rover costs well over $200,000, Land Rover should consider adding a new, more-expensive model to take on the Bentley Bentayga and the upcoming Rolls-Royce Cullinan.
Advertisement

In the world of full-size luxury SUVs, the Range Rover is king. It’s large, imposing, offers an incredibly luxurious interior, provides shockingly quick acceleration, and has a history that stretches back all the way to 1970. Competitors like the Mercedes-Benz G-Class and the Cadillac Escalade may try to give it a run for its money, but they still come up short.

The Range Rover is nothing short of a legend. It’s a model that may as well be a brand unto itself. In fact, despite the fact that Land Rover sells several SUVs that don’t get the Range Rover badge, a normal person couldn’t be faulted for thinking Land Rover and Range Rover are the same thing.

But to take on the Bentley Bentayga and the upcoming Rolls-Royce Cullinan, Land Rover needs to offer its own distinct model above the top-of-the-line Range Rover.

As Expensive as the Range Rover Gets

As mentioned above, long-wheelbase Range Rover SVAutobiography starts just north of $200,000. Add a few choice options, and you’re up to $225,000. At that point, you’re pushing the limits of what a luxury vehicle can offer, and you’re not even up to the base price of the Bentley Bentayga.

And yet, even loaded to the gills, it takes a trained eye to tell the difference between a base Range Rover and the most expensive one you can possibly buy. I even doubt that a casual observer would be able to differentiate between a Range Rover Sport and a loaded SVAutobiography. Well, at least until they looked inside.

The Bentley Bentayga, meanwhile, doesn’t have a cheaper version. A $231,000 Bentayga is the cheap version. Whether you like the design or not, when you see a Bentayga on the road, you know that owner has some serious money. We don’t yet know how much the Rolls-Royce Cullinan will cost, but you can assume it will be at least as much as the Bentayga. If not more.

Obviously, Land Rover could offer an even fancier version of the Range Rover it already builds. An SVExclusive model or something like that. But no matter how luxurious that version ends up being, there’s a limit to how much prestige you can add to a vehicle that starts within reach of a moderately successful orthodontist. For a potential buyer who’s looking at the Rolls-Royce and the Bentley, that may be a problem.

Instead, Range Rover should offer a new Range Rover that doesn’t simply get more premium options. It should get its own design. It wouldn’t need a radically different look, just enough to make it clear that you’re looking at something more special than a regular Range Rover.

With at least a quarter-million-dollar base price and some ultra-exclusive options that drive the price to eye-watering levels, you’d have a true competitor for the Bentayga and the Cullinan. But without a separate model above the current Range Rover, I suspect the ultra-wealthy will take spend their money elsewhere.