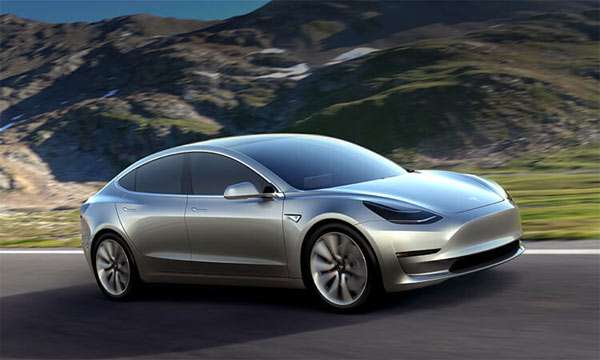 Tesla Model 3 Release May Be Delayed Until 2018

Recently, Goldman Sachs downgraded Tesla stocks believing they wouldn't be able to ship the Model 3 on time. However, Tesla fans are optimistic 80,000 Model 3's will be released this year. With such an optimistic schedule this year, we will look into the details surrounding the model 3 released details and numbers.
Advertisement

Goldman Sachs analyst David Tamberrino released notes to say the Model 3 would be delayed, but this cannot be really substantiated at this early point. He also went on to note that Tesla may suffer a serious cash crunch and will need to borrow heavily later in the year. 'Ultimately we see a delayed launch (pushing volume growth out and to the right) and FCF burn rate (necessitating a capital raise before 4Q17) to weigh on TSLA’s shares.'

Tesla have responded to say that deliveries and production are on track to begin in the later part of 2017. The aim is to get out 100,000 model 3's. At this point what we do know is that suppliers are being asked to deliver 1,000 parts a week starting in July to move up to 5,000 per week by year end. According to carswithcords this would mean the delivery of 90,000 cars in 2017 if everything goes to plan, with all parts assembled in lightning speed. In other words, the predicted number of deliveries is very optimistic.

The supply chain
Tesla have to deal with many different suppliers to make the Model 3 a reality. Everything from a belt buckle pad to a battery chiller come from different suppliers, which is a potentially very complicated assembly process. Once you get to third level suppliers there are potentially thousands at play. This translates to only a few in the supply chain being held up to stop the whole process.

The factory itself is also the main focus with its optimisation and considerations almost more important than the vehicles themselves. 'Our factories are so important that we believe they will ultimately deserve an order of magnitude more attention in engineering than what they produce," from the Tesla blog. Elon Musk has put much emphasis on the Gigafactory and its optimisation.

Delivery dates
This is really the crux of the issue. It's expected that Tesla and SpaceX employees will receive models first in line, but for the rest, it's really a prediction game. Although there are many factors going from the initial parts to final assembly and delivery and many possibilities of delays along the way, each delay point could add weeks to the final delivery time at least until October of this year.

In 2016, Tesla delivered 83,922 vehicles in comparison to GM in the first two months of 2017, who delivered 1,000 Bolts per month, with Tesla wanting to do ultimately 20,000. Again, according to the blog above they predict the usual delays '25,000 to 50,000 Model 3 vehicles delivered in 2017,' far less than the 80,000 predicted. The majority of the 2017 vehicles will be taken up by current Tesla owners and reservation holders.
However, the good news is that by 2018 all the production hold-ups predicted should be ironed out, and the production volume ramped up to the max.

Therefore, it is probable but not completely out of the question that the Tesla model 3 won't hit its expected targets for 2017, but that may not be a bad thing in the big picture as processes are ironed out and optimized. However, Tesla officially state that they are optimistic to hit deadlines, so the final delivery numbers will be interesting to watch by the end of the year.