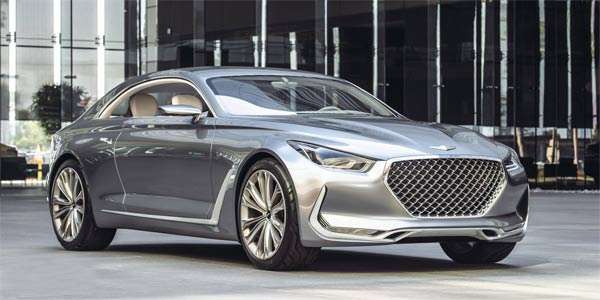 The 2017 line of Genesis luxury vehicles will stand tall this year and here's why.
Advertisement

The Genesis line of luxury vehicles was shown off recently at the 2017 North American International Auto Show alongside its parent brand Hyundai, showing that although it is clearly now it's own brand apart from its parent company, Genesis stands on its own to compete with the best in the luxury department.

Hyundai started off as budget car makers, but very quickly bolstered into a mainstay sedan which was solid and offered much for the money, along with one of the best warranties in the business. Then the Genesis came along and won the 2009 North American Car of the Year. Fast forward to now and the Genesis brand stands on its own to compete against the likes of BMW and Audi, but can Genesis long-term compete against the big boys?

The biggest hurdle Genesis have at the moment is convincing those in the luxury market that there is more on offer than the usual staples and the current Genesis G80 and G90 can easily match up with the rest. The G80 is the first in the lineup with either a 311 hp V6 or 420HP V8 engine in either rear or all wheel drive. The interior is washed with leather and comes with tons of included technology and safety features, adopting the Hyundai mantra of lots for your money at a reasonable price point of $41,400.

The Genesis G90 is aimed at the likes of the BMW 7 series and Mercedes-Benz S-Class with a 365 hp twin turbo V6 or 420 hp V8 engine, with a focus on the ultimate in interior luxury and comfort with executive seating and just like the G80, all the extras are included in the price starting at $68,100.

The Genesis lineup may on the surface not be in the same class as a BMW five series or S-Class, but once you step back the Genesis wins points on simplicity of buying as all the trim packages come fully loaded and extra color options don't cost any more money. There will also be an upgraded 2018 G80 Sport 3.3-liter V-6 which should also be more of a tempting proposition.

Genesis also recently hired ex-Bugatti designer Alexander Selipanov into the fold as chief designer and with other noted auto designers coming on board, it's likely the line up will get more impressive through each year of production. One of the consideration is the free scheduled maintenance, roadside assistance and valet service, along with a 10 year or 100,000 mile powertrain warranty.

Hyundai are clearly pushing in the SUV market, so it won't be a surprise if Genesis models get a luxury SUV in the next few years to boost sales. There will be plans for a G70 and possibly a crossover to expand the range. A Genesis Vision G Coupe concept released last year shows a vehicle which has lines more distinctive to the luxury market than any regular sedan, which shows that the vehicles is completely distinctive from their Hyundai heads, which is the main mental hurdle they have to get over.

The Genesis brand obviously have a lot of competition on their plates in both brand loyalty and sales figures, but they are clearly running with what works for their parent company Hyundai and starting to cherry pick the best from the luxury market. It's likely in the next few years, many luxury buyers who were loyal to another brand major swap over to Genesis, recognising not just a new luxury player on the market, but also one that incorporates value for money.