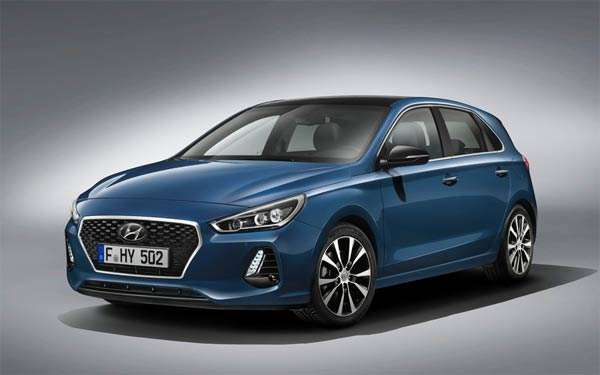 Hyundai have recently unveiled the latest version of their Elantra GT and show they haven't given up on hatchbacks.
Advertisement

Hyundai unveiled the 2018 Elantra GT at the recent Chicago Auto Show which gives a lower stance, with a wider and longer body than the previous version. The stance is said to be more aggressive looking than before and the interior space has been increased along with added extras inside, a feature which Hyundai are known for as their USP.

The interior now sports 55 ft.³ of which Hyundai state is more than any other compact hatchback currently on the market and with their new offering, they hope to bring up sales with hatchbacks along with an additional push to increase sales in the SUV markets. Hyundai expects that the hatchback will be more than 50% of overall Elantra sales in the US, but the company also have to convince buyers that a hatchback is the way to go.

The 2018 Elantra in hatchback form will be offered in two variations of the GT and the GT sport which will go on sale later this year. It will feature a 2 L four-cylinder engine with 162 hp and the GT sport model having a 1.6 L turbo engine featuring 201 hp. The hope is to bring a more aggressive styling and concept and with the GT sport model, bring over some of the hot hatch sensibilities which the Europeans have loved for a long time. Both have a six speed manual transmission or six speed automatic, while the GT sport comes with a seven speed dual-clutch transmission.
You get plenty of tech extras and safety equipment, which include a floating screen display, adaptive cruise control, lane-keep assist, autonomous emergency braking, blind spot monitoring and automatic high beams. It should arrive at dealers this summer.

The hot hatchback has been popular for decades amongst the younger driving market in Europe for decades, so it seems a no-brainer to try and bring over some of this love, especially with the GT sport model. Over in Europe hatchbacks do far better than in the US, with a five door vehicle being a common sight, so Hyundai want to bring some of this favouritism back across the water and tap into why hatchbacks in the old world are so popular.

The Elantra is already the top-selling vehicle for the company in the US, with more than 208,000 sedans and hatchback sold in 2016, even though this was a 13.8% drop compared to the year before. With such a top seller especially in the sedan market, a hatchback version is hoped to be not much more of a push to bring up sales.