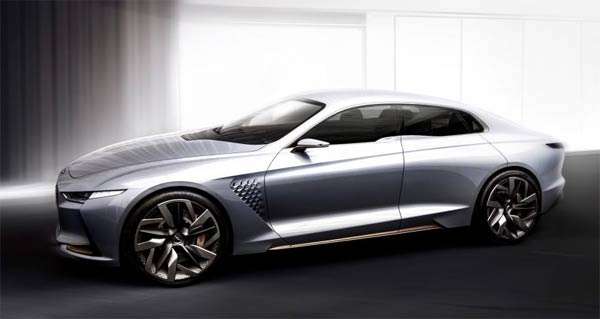 Hyundai motors have big plans ahead of them with the creation of models throughout their lineup, which includes a dual cab vehicle.
Advertisement

The Korean auto manufacturer has been recently seen testing out some of their camouflaged prototypes in the wild, but according to the motor report website the car company have a 4x4 dual cab utility vehicle in the pipeline to take on the Toyota HiLux and Ford Ranger amongst other vehicles.

The company is also said to be planning an unprecedented level of new product launches in the next 18 months, with around 10 new models to be launched by the end of 2018. Hyundai have been noted for their lack in the SUV department and some of the occurring models needing a brush up, so the next year and a half will be very interesting for the company.

Scott Grant Hyundai Australia's Chief Operating Officer stated, 'There will be a lot of activity in the next 12 to 18 months, an unprecedented level of product investment and activity.' 'This year we have a substantial change to the Sonata which is coming in about May - pretty much right behind the i30. Later in the year we have a baby SUV codenamed OS that we're excited about.'

'Then as we turn into next year we have new Veloster, new Santa Fe, [and] somewhere in that mix we have Ioniq. There are other products after that, so there is quite a heavy product plan and a lot of those are all-new products, not just a minor change but a major change.'

The end of the year should see a i30 N hot hatch and the Sonata will also get a facelift midyear, which should be around the same time, the first small SUV's will debut from Hyundai. The i30 N hot hatch will feature 2 L turbocharged engine with a manual transmission and mechanical limited slip differential.

The Genesis luxury range of vehicles should also see at some point the introduction of the G70 medium sedan which will have a 3.3 L, twin turbocharged V6. This should hope to compete against the Kia Stinger GT. The next Santa Fe model should also be developed alongside the new Veloster coupe with its quirky door layout, with a i30 wagon and other models in the pipeline.