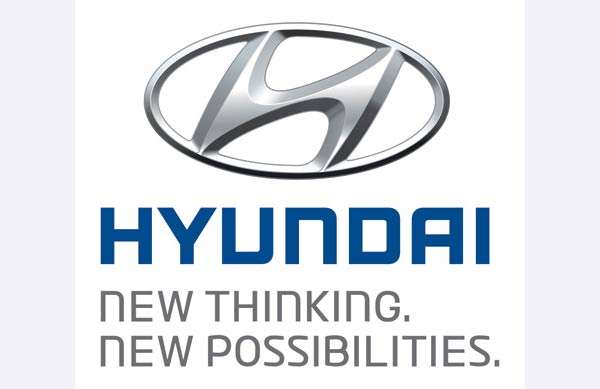 Hyundai Plans Big Expansion For The US, $3.1 Billion In The Next 5 Years

Hyundai and their Kia Motors arm are planning big moves with an investment of over 50% and $3.1 billion in the next five years.
Advertisement

President of Hyundai Motor Chung Jin-haeng announced on January 17, 'Hyundai-Kia Motors also has plans to invest in the U.S. market just like any other automakers. We will invest about US$3.1 billion (3.63 trillion won) in the next five years.' This investment made by Korea's largest automaker is more than $1 billion more than they spent in the past five years. The statement went on to say that the planned investments would go into research and development predominantly and help develop autonomous driving and Hyundai's range of eco-friendly products. Money would also be spent on upgrading production lines and sales routes.

Chung Jin-haeng went on to say, 'When the demand for cars increases in the North American market, including the U.S., in the future, we can build a new factory. We may produce SUVs, which is in high demand, and our upscale Genesis vehicles there.' This means that possible new U.S. based Hyundai factories will produce homebased vehicles and hopefully more jobs in the foreseeable future. Hyundai already have a production facility located in Alabama, with a Kia facility located in Georgia. If these facilities are to be expanded and/or new ones built as well, is unclear at present. The production expansion is to also meet the ever-growing demands of SUV's in the US with the Santa Fe selling nicely at 100,000 units, but the take-up needs to be much more to make an impact on the U.S. SUV landscape.

Making inroads into self driving vehicles and environmentally friendly products is one of the main aims for the company as they plan to release more than 14 different eco. vehicles by 2020. The Hyundai Ioniq in all its battery forms and hydrogen cell technology vehicles will require heavy investment over the coming years if they are all going to make an impact on the US vehicle landscape. They are also investing in 'Hyper-connected Intelligent Car' in association with Cisco which will also dictate them as one of the market leaders in the coming years.

Hyundai and Kia motors mainly focus on sedans which is no surprise as their sales have increased in the US consistently over the last seven years. Hyundai-Kia sold 1.4 2 million vehicles in the US, which was up 2.5% from last year, 770,000 Hyundai's and 640,000 kia vehicles, respectively.

Although not official, the announcement could be a reaction to President-elect Donald Trump wanting to add 35% taxes on Mexican built cars which are imported into America, which use the North American Free Trade Agreement (NAFTA). Chung has stated that the company had no future plans for investment in Mexico and with other vehicle manufacturers such as Ford(US$700 million), FCA($1 billion), Toyota(US$10 billion) and Honda going the same way by 2020 with plans for heavy investment in the US, the reaction could be justified.

John Goreham wrote on January 19, 2017 - 2:40pm Permalink
This is great news. The only imperfection in the new Genesis sedan I recently tested was the build location being outside of the U.S. Hyundai is a smart company with great products.