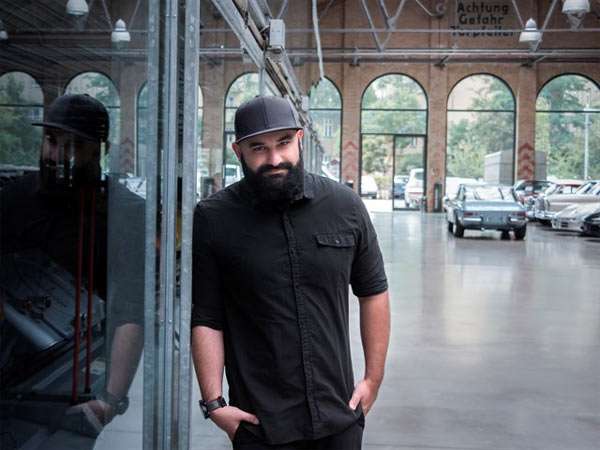 Hyundai Genesis Gains Bugatti Chiron Designer: What Could He Bring?

The now ex Volkswagen Group designer Sasha Selipanov helped with the design of the Bugatti Vision Gran Turismo concept and the Bugatti Chiron after winning an internal competition at the VW group. The Chiron having most of its design cues come from Selipanov.

With this level of high design achievement, you would think Mr. Selipanov would head off to another supercar division to get out some wild designs, but this was not the case as the Hyundai Genesis seems to be the next line of vehicles on his portfolio.

A graduate in 2005 from the Art College of Design in California, he then relocated to Germany after being hired by Volkswagen. In 2010 he joined Lamborghini helping out with the Huracan and then on to being Head of Exterior Design with Bugatti working on the Chiron. Not too shabby a career path up to now.....

Selipanov is not the only designer to move to the Korean automaker. Sang Yup Lee who was the head of exterior design at Bentley and has also worked at General Motors, Porsche and Pininfarina, also moved to the Genesis lineup in 2016.

Previous to that, Hyundai's top designer Peter Schreyer joined the Korean automakers from Volkswagen, who is most known for his work on the Audi TT.

Genesis motors which is the new luxury vehicle side of Hyundai, was officially launched in 2015 to solely cater to the luxury market with plans of six vehicle lines by 2020 current models such as the Hyundai Genesis being rebranded as the Genesis G80.

The Hyundai Genesis has been a model itself since 2008, but now will be its own linage in the form of Genesis motors. The G80 and G90 will be the first two vehicles, with a G70 planned for 2017 and then further into the future, SUV's and coupes.

It looks like the future is bright for Metallica fan Selipanov and the Hyundai Genesis lineup for at least the next few years, as top level designers come on board for the Genesis line of vehicles, now getting its own patronage and styling.