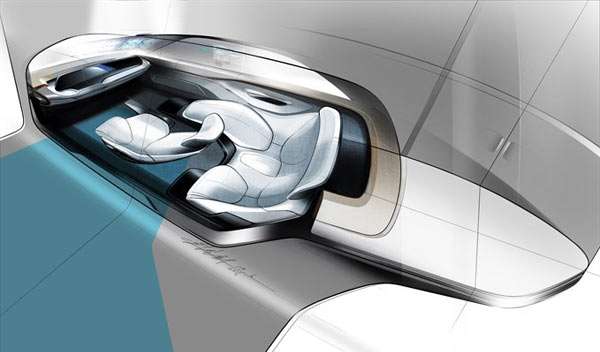 Hyundai Could Cure Road Rage In The Future - Here is How

Autonomous driving may be the hot topic in the auto industry, but Hyundai motors may have another technology up their sleeves for the future which could be a possible solution for road rage.
Advertisement

Hyundai motors debuted a cockpit concept at the 2017 Consumer Electronics Show (CES) in Las Vegas named the ‘Health + Mobility Cockpit’ which will 'cultivate the well-being of drivers when commuting or traveling.' The idea is for the cockpit to monitor in car conditions that will increase focus and relaxation of the driver. This will help manage the stress and other negative effects for the driver. “For many the daily commute leads to stress, frustration, and the feeling of wasted time. In addition to automating the driving task, technology can also be used to shift a driver’s state of mind by creating conditions that cultivate a safer and healthier mental state, boosting their focus or helping them relax while traveling so that drivers might be less fatigued when arriving at their destination,” said John Suh, Head of Hyundai Ventures.

The idea is only at the concept stage at this point, but the ideas seem are visionary and futuristic. The system could track your heart rate, breathing and facial features, along with posture then deliver ‘Mood Bursts’ according to a Hyundai press release. The cockpit will for example, deliver an ‘Alert Burst’ if the driver is losing concentration or a ‘Calm Burst’ if the driver is becoming stressed while driving. The bursts can also alter a variety of other interior factors such as seat temperature, lighting and music volume depending on the driver's mood.
The system will also concentrate on the health and mobility of the driver and cut down on the distractions usually associated with driving. This will incorporate completely hands-free functionality which will control all functionality through voice commands.

Imagine on your commute to work the car detects that you are becoming stressed. The car's lighting changes to give a warming effect, temperature changes, seating warms, changes your posture and gives you a massage in just the right areas and a lovely smell of eucalyptus wafts around the car. If the car detected you are losing concentration than a ‘Alert Burst’ would be triggered to create the necessary effects. The 'mood bursts' are just limited to virtual experiences for the time being while been demonstrated to the public.

This could go a long way to alleviate road rage as an AAA study found that nearly 80% drivers have experienced anger, aggression and/or road rage while driving. “Inconsiderate driving, bad traffic and the daily stresses of life can transform minor frustrations into dangerous road rage,” said Jurek Grabowski, Director of Research for the AAA. The research also said that two in three drivers say that aggressive driving is a bigger problem today than three years ago. 'Far too many drivers are losing themselves in the heat of the moment and lashing out in ways that could turn deadly.' Even if the cockpit concept cuts down on these figures by only a few percent, it will be a worthwhile technology.

Hyundai's cockpit concept is part of the larger autonomous vehicle push by the company which ultimately should become safer than if a human was driving the vehicle. An emphasis on EV vehicles and the recent partnership with Cisco for the security of future cars and a new hydrogen fuel cell vehicle by 2018 shows Hyundai's commitment for future technology to be safer, connected and autonomous.