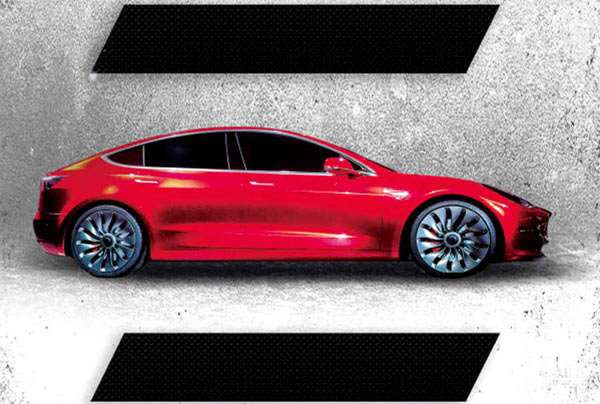 There are few books on the market that cover the whole gamut of the Tesla Model 3 and what is in store when the vehicle is finally released. I take a look through the book 'Getting Ready For Model 3' by Roger S. Pressman to see what it delivers.
Advertisement

The author Roger S. Pressman already knows a thing or two about Tesla vehicles having owned a Model S for four years and is currently the founder of EVANNEX who sell aftermarket accessories for Tesla vehicles. Roger is also involved with the Electric Vehicle University and is a editor and publisher of other books concerning EV vehicles.

Striking a happy medium
From the off, the book states that it is not a definitive guide to the Tesla model 3, but a culmination of information gleaned online from various forums, blogs, auto magazines, websites and social media along with a background to the vehicle without getting too techie. This I think is one of the books benefits, as it strikes a happy medium between giving you information about the technology and workings of the vehicle without over facing the reader. If you really want to get into the technical aspects of a battery electric vehicle(BEV), the technical data can be found elsewhere. This book I think aims at the average car driver who wants to know a little more about these vehicles. For example a few page outline batteries, volts and amps and how they work in general which is more understandable than what I learnt at school about electricity. Same examples, just better explained here. So a nice easing into the schooling aspect makes me want to learn more.

The book introduces the reader to the differences from a gas powered vehicle to a BEV, the possible design features that will be in store on the model 3, that skateboard design platform, drivetrain, motors, interior and other Tesla and BEV features such as the increased internal volume, the front trunk 'Frunk', display technology which will replace an instrument cluster, along with touching on some of the sensor technology, which is coming along with autopilot functionality. The book also covers the safety aspects of a BEV, giving the example of a Model S saving teenagers who went airborne for over 80 feet and landed nose first. In a regular vehicle the engine would have crushed them. With self driving becoming a reality, this aspect of Tesla's features will become more of a focus and priority.

What will the model 3 bring?
Trying to outline what a new vehicle will provide ahead of release is obviously difficult, but the book succinctly documents all the possibilities and from what we already know about the Model S, Model X and current news about the Model 3, the text covers all bases, even a chapter on Tesla's superchargers and its Gigafactory which should be when finished giga in size and output. I particularly liked the information on range and range anxiety, especially when compared to a traditional gasoline powered vehicle. It gives you some insight into how to best drive a BEV and how to best plan your charging for your commute and daily driving needs. Stuff like Tesla's 'Trip planner' software integrating with the navigation system which covers all your charging along with the closest superchargers or destination chargers en route.

If self driving vehicles seem a bit spooky to you, the book covers this aspect without sending your head into a spin along with chapters on performance and finally the real crux of things, the cost of owning a model 3. Some people will be buying a model 3 because it's the future, some because of its environmental impact and some wanting that instant electric torque performance or maybe all of these. Even the base Model 3 should give you a 0-60 time of 6 seconds and the book outlines how the complete BEV architecture even improves handling with the low centre of gravity due to its skateboard design and the battery, which sits low on the chassis and should improve weight distribution, better cornering stability and traction.

Getting Ready For Model 3 does a great job of covering all the bases of information concerning not only the upcoming Model 3 but also BEV's in general without overloading the reader. If you want an easily digestible book which covers Tesla, the Model 3 and BEVS in a nice compact format, this is the book for you.