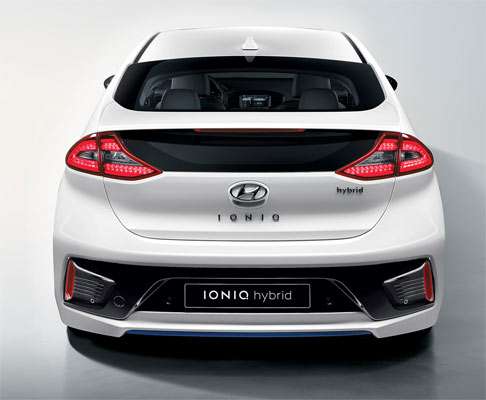 The hybrid vehicle market will start to hot up in the next few years, but is the 2017 Hyundai Ioniq the Best in show at the moment?
Advertisement

Hyundai over the last few years have not just gained ground in the quality stakes, but also for providing vehicles at a lower price than the competition. This is the idea with the 2017 Hyundai Ioniq across its electric range. You currently have the all electric, hybrid plug-in and hybrid versions.

We are looking at the hybrid version simply for those who don't want to jump into fully electric just yet. The power plant comes in the form of a 1.6 L petrol engine, running alongside a 32 kW electric motor and a 1.56 kWh battery. Emissions come in at 79g/km. The power train petrol engine on its own produces 104 hp with a total 139hp. This produces 58 mpg, which is six mpg better than the Prius and two mpg better than the Toyota Prius Eco. This makes the 2017 Hyundai Ioniq the most fuel-efficient hybrid at the moment. You can get up to 83 mpg and it runs for electric mode in stop/start traffic and recharges when braking.

The hybrid also has the best thermal efficiency at 40%. It also features a dual clutch six speed transmission, which bests the rest of the hybrids out there.

The Ioniq Hybrid also bests the Prius on price with a starting price of around $23,000 and the Prius, starting at around $25,000. The 2017 Chevy Bolt comes in at roughly $37,495. These prices do not include the $7,500 federal rebate for EVs.
The Hyundai Ioniq Plug-In Hybrid doesn't have any pricing as yet, but you will still be playing with the same 1.6 L petrol engine, but with a 45 kW motor and 8.9 kWh lithium-ion battery pack. If you consider the Ioniq Electric on its own after federal credits you can be looking at a Ioniq EV for around $20,000.

The vehicle is also loaded with tech devices such as a fully featured touchscreen, which has Apple CarPlay and Android Auto, SiriusXM satellite radio, advanced safety features, smart cruise control, five-year warranty and the battery pack has an 8 year/125,000 mile warranty.

Hybrid vehicles are still a very small percentage of the total vehicle market and what was once almost a quaint novelty idea is now, possibly the future vehicle. However, gas prices are at an all-time low and hybrids today have to be every bit as good as the rest of the vehicle market. With Hyundai's usual ability to offer a vehicle which is as good or better than the rest at a more reasonable price is why the Ioniq Hybrid could be the main contender for the next year or two.

David Ashton is a keen car collector and has been writing about various makes and models of cars for over 10 years. He has a passion for the latest technology in automotive vehicles, along with a strange obsession for classic American muscle cars.