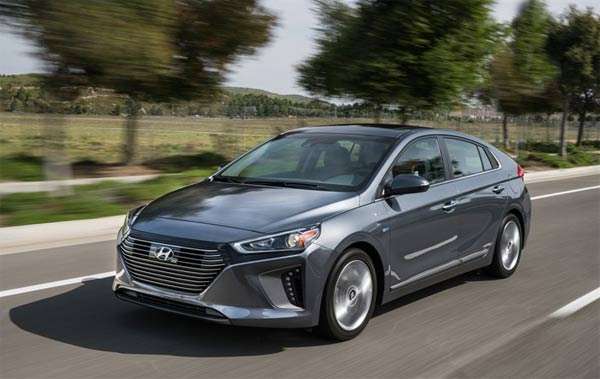 The release of the 2017 Hyundai Ioniq Hybrid shows a step forward for the company, but the timing could probably be better.
Advertisement

The release of the 2017 Hyundai Ioniq Hybrid shows a step forward for the company, but the timing could probably be better.

With gas prices around $2.30/gallon, consumers may still keep their eye on gasoline vehicles at least for the time being, but the Ioniq is also up against a market that is warming more towards vehicles that can shift a lot of people rather than a compact. However, Hyundai have plenty of tricks up their sleeves to push this vehicle forward and it does have many plus points which will ride the tide.

As a dedicated hybrid model which will serve as a platform for all its electric and hybrid models, the Ioniq will be ultimately more efficient than its competitors in the long run. Body styling which is said to be quirky, but made to be as airflow efficient as possible. It's dimensions have more in line with the Toyota Prius and Chevrolet Cruze which is ultimately competing against which does impact on interior space, but it does make up ground having a huge rear hatch with loads of space, definitely bettering its competitors.

The gas/electric powertrain comes in the form of a 1.6 L four-cylinder engine with a small electric motor going through a six speed dual clutch automatic transmission. This gives a total of 139 hp and 195lbs. ft. of torque. This give roughly 58 mpg combined, which beats the Toyota Prius at 52 mpg or the Prius Eco at 56 mpg depending on the weather and the terrain.

The other area where Hyundai may top the rest is in price where you can pick up the latest Ioniq Hybrid for around $23,035, compared to the Prius at $25,085. Hyundai are well-known for their feature rich vehicles and you get a 7 inch touchscreen infotainment system with Apple CarPlay and Android Auto, along with pushbutton start, cruise control, keyless entry and dual automatic climate control. Technology package will give you a 8 inch touchscreen with lots of other goodies if needed.

Hyundai will properly win out in the end with the 2017 Ioniq Hybrid as the timing may be a little off, but it has a better offering than some of its rivals when it comes to mileage, offerings and price point. The market for hybrids may not be as buoyant as it could be at the moment, but this is just one vehicle in Hyundai's lineup for the eco-conscious and as soon as gas prices start to climb again, hybrids like the Ioniq will definitely win back favour.