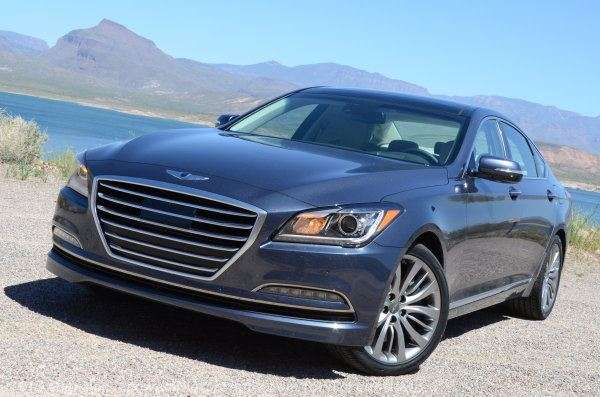 How Did Hyundai Do It With Genesis? - Quality, The Only Game in Town

Hyundai started selling cars in the USA in 1986 after it established its US headquarters in Garden Grove California in 1985. They started exporting one model, the Hyundai Excel to the United States. Well, they started off with a bang selling more cars in its first year in the US than any other new brand ever had.
Advertisement

I remember their big selling point was that they were inexpensive, but actually, they were just cheap. In the worst meaning of cheap, they were cheap The quality stank as a result of all the cost cutting. Their reputation sank as did their sales.

The increase in quality has been the “Genesis” of a new luxury brand.

In 2008 the Hyundai Genesis luxury sedan made its debut at the North American Auto Show and garnered its own North American Car of the Year Award, paving the way for the Elantra four years later. The Genesis has been so well received that Hyundai has announced that they intend to spin off the Genesis into its own brand with further iterations within the brand, including a possible sports car. They will expand the line.

Out of the crucible of poor quality a high quality car line was forged.

Yes, you might call it a crucible. They saw their sales drop from 264,000 to 90,000 two years after the introduction date. Fortunately, for Hyundai, they got a new chairman who decided the only way to survive was to reverse course and produce high quality cars. Chung Mong Koo, the new chairman, immediately got the word out to his factory managers that poor quality would not be acceptable any more. He didn’t just send out a memo, he went out to the plants to look at the quality on the line. He told a factory worker to open a hood to see what was what. He saw a mishmash, with different colored bolts and a rats nest of wires, some of which weren’t even connected. To say the least, he did not like what he saw. He saw four different colored bolts. The factory manager got called out and got the message. From then on all the bolts were painted black. He increased the quality control department to 1,000 people, a 1000% increase from the previous 100. He empowered employees to come up with suggestions to improve quality while constraining costs. He boldly predicted that they would produce higher quality cars than Toyota by 2008.

Well, I don’t know if they achieved that goal, but Kia grabbed the top spot in the J.D. Power review of initial quality with only 83 problems per 100 vehicles in 2016, and Hyundai came in third with 92. Only Porsche beat out Hyundai with 84 faults per 100, and Toyota trailed Hyundai with 93 problems per 100. Not a significant number, but Hyundai still got the bragging rights for 2016.

Hyundai rose from 3.9% market share to 4.4% market share in 2015 alone. Kia saw its market share rise from 3.3% to 3.6%. That may not sound like much, but looked at another way, Hyundai saw its sales rise by a whopping 13% and Kia’s sales rose by a very healthy 9%. Does it really matter? Well, the Smart brand had the worst rankings on the JD Power survey and their sales dropped by 28.4%. Yes, I’d say it mattered.

It almost seems silly to have to say this, but attention to detail, constant vigilance and employee involvement are the only ways to substantially improve quality in building cars. If the Detroit Three hope to compete against this new firebrand in the quality race, they’d better continue to up their game.

Quality... it’s really the only game in town.