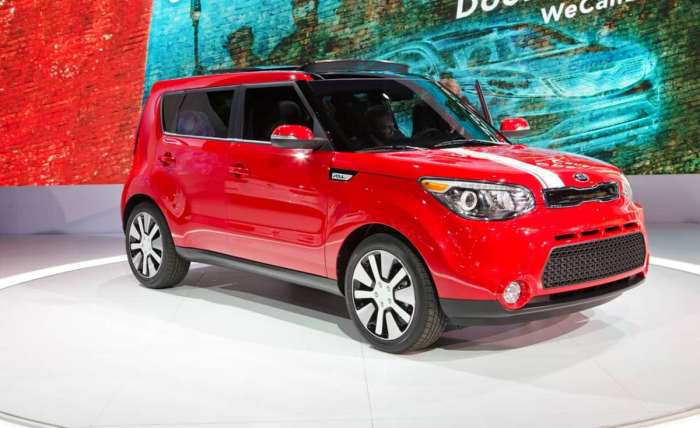 Will Any Vehicles Be Added To Hyundai/Kia Fire Recall? Hearing Could Answer Question

Following the fire death of an Ohio man in a 2014 Kia Soul and the pressure of the Center for Auto Safety, a Senate panel plans November hearings into whether a Hyundai, Kia recall goes far enough. In case you didn't know, Hyundai is a partner with Kia in building cars.
Advertisement

When you look closely at the auto industry’s record on safety reporting, you have to admit it is spotty at best. For example, when Takata first realized its airbag actuators were mini-timebombs waiting to go off, killing or seriously wounding the driver and anyone else in the way, it did what came naturally to a sizeable car-type organization, it hid things.

For years, it was deny, deny, deny, and what happened? So far, the death toll is 20-plus worldwide and more than 155 injured. The issue has been around so long – at least a decade now -- and it is so big, more than 40 million cars here and at least that many overseas that Takata couldn’t keep up and it had to go into bankruptcy. Its rescuer was another airbag-auto parts manufacturer. They bought Takata’s mess in the hopes that it can be straightened out before the federal deadline Dec. 31, 2019 slams home. There are still millions of inflators out there awaiting replacement. (To clear up a misconception, the number of inflators and the numbers of cars does not match up 1 to 1. In some cases, two inflators need replacement in a vehicle, while other cars may take more than one alternative before the problem is solved.)

Then, of course, there was the General Motors ignition key recall which the automaker hid for years until a whistleblower reported it. The trial resulted in court penalties and a huge payout. The death toll in the ignition key issue is more than 120, and the injured numbered more than 200. Oh, and it cost the automaker more than half-a-billion dollars. They ended up paying out for the deaths and injuries the issue cost. GM was also under the eyes of a federal monitor for three years. And, of course, there’s Chrysler which tried to hide or drag its feet on many recalls and cars that number in the millions.

So, what would you expect from an automaker like Hyundai/Kia? About the same things as other automakers do or have done. They pay lip service to the problem and hope that it goes away or solves itself. Hyundai, Kia Have A Burning Problem. For Hyundai and Kia, the problem is engines that burst into flame with little, if any, warning. Sometimes there have been very deadly results such as the 45-year-old man who was driving his mother’s 2014 Kia Soul when it burst into flame. While other times the vehicle burned with no one endangered, though the car was destroyed.

Execs Invited To Discuss The Issues

The invitation to the automaker’s execs comes after the Center for Auto Safety raised some serious concerns about Hyundai and Kia vehicles that have burst into flames, with no collisions involved. The probe followed a whistleblower’s report that questions whether the recall was big enough. Hyundai, Kia Hot Car Problem Growing.

“We’ve got to get to the bottom of what’s causing these fires,” Nelson said in a statement. “Car owners need to know if their vehicles are safe.” He was referring to a non-collision fire death reported in a 2014 Kia Soul last year.

Like all hearings in the Capital, it is likely they will examine some issues regarding the Hyundai and Kia vehicles. Specifically, the meeting will also discuss the “efforts to mitigate vehicle fires and promptly identify and respond to defects that may pose a fire risk.” The letter from the committee leaders invites the chief execs or their designees to discuss the issues. They may also address related issues, but no one has indicated what added problems might be sorted out.

The Center for Auto Safety (CAS) asked for an expanded recall of nearly 3 million crossovers and sedans due to the risk of fires. The models CAS would like recalled include:

The Sorrento is a crossover as is the Santa Fe. The Optima and Sonata are sedans, and the Soul is a small square hatch.

NHTSA Not Moving On Issue Now

A couple of years ago, under different management, the NHTSA would, more than likely, have moved more aggressively on this issue with as many vehicles as necessary caught up in a recall. Now, the new agency management seems to be taking a very “go-slow” approach. Rather than ginning things up to the levels where they may need to be, NHTSA appears to be dragging its feet. Or to put it a bit more nicely, there doesn’t seem to be any further action from the agency, even though the center asked for a probe of complaints of fires and charred wires.

So, to ratchet things up, the safety group asked the Hyundai and Kia for a larger recall. And, so far there hasn’t been any action from the agency. The current remedy isn’t working, Jason Levine, executive director of the center, said in a statement.

Hyundai and Kia, joined by the agency, said the recall might rectify the issue. However, the Center for Auto Safety believes the recall didn’t go far enough. The center also indicated the vehicles had been repaired only to catch fire later.