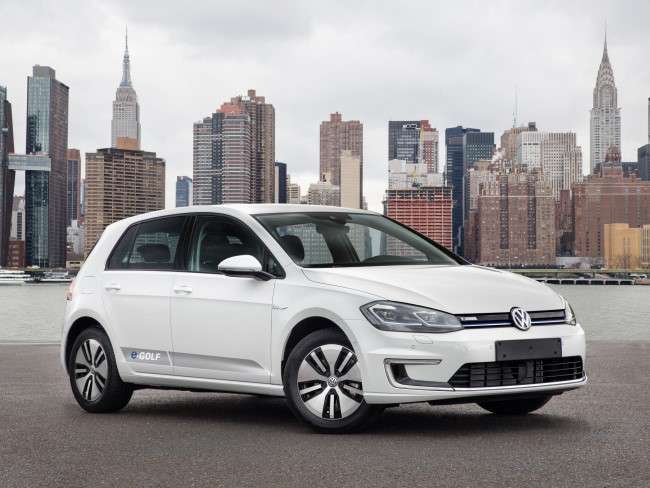 Why Are Automakers Turning To 48-Volt Mild Hybrids? Emissions One Reason

In interviews with leaders of the auto industry, it turns out that mild hybrid technology has a place at the automotive table as it replaces diesel technology in the product mix.
Advertisement

Driven by falling diesel sales and tightening emissions standards, automakers are increasingly turning to electric vehicles to move the dial on car sales. Automakers used the recent Frankfurt Auto Show to turn the spotlight onto the electric vehicles that they hope will turn up the heat on sales.

Some of the automakers who previewed their offerings at Frankfurt showed what they believed will be the direction of the future. That direction, of course, is a generation of electric cars. The issue with this is that the new electrics won’t be here soon enough to make a difference.

There is one class of electric that is having an impact right now, driven by suppliers such as Valeo and Delphi, mild hybrids. Mild hybrids employ a 48-volt system to add a bit of electric power to available models. The beauty of the mild hybrid is that the models that have added mild hybrid cars to their lineup are tapping into the growing electric market immediately offering vehicles that did not need hugely expensive redesign programs. Volkswagen, Peugeot, Mercedes-Benz, Renault, and Volvo are all in the process of unveiling their mild hybrids. Renault Bullish On Mild-Hybrid Technology.

The decline of the diesel has been quickening the pulse of the market toward electrification. Concomitant with the decrease in the diesel has been the recognition that tightening carbon dioxide (CO2) emissions are being hastened by the increasing number of gasoline-driven vehicles which are making future goals in Europe and elsewhere harder to obtain.

Karin Thorn, vice president for vehicle propulsion at Volvo, said in a recent interview with Reuters that their “view is that 48 volts on a gasoline engine is an alternative to diesel. If and when the diesel market is dropping, something else needs to take its place.” Spurred by Volkswagen’s emissions-scandal that began two years ago and which has finally wrapped up in the U.S., although it is still impacting the European market, diesel sales have been stalling. This is only one indication; a second is that weakened second-hand values mean it is likely the diesel slump will continue to gain speed.

From Bold Step To Industry Reality

Indeed, when Volvo made its pledge to electrify its fleet by 2019, the move was viewed as a rather bold step. Now, however, the promise is becoming a reality across the industry.

For example, Peugeot plans to introduce mild hybrid systems – 48-volt – across its lines. It is making a move due to the faster-than-expected decline of diesel, according to the automaker’s programs chief Patrice Lucas.

You might wonder why the automakers are choosing 48-volts as their magic number. It is a matter of math. The standard is a 400 percent increase power over the standard 12-volt automotive system, used for nearly a century. Since they are employing 48 volts, automakers can simply beef up the starter motor and technology, feeding the added power to the drivetrain and complementing the gasoline engine. By using this technology, carmakers can quickly transform gas cars into mild hybrids without the need for extensive redesign or new tooling.

“It’s the most interesting enabling technology and will comfortably replace diesel,” Arndt Ellinghorst, an analyst for Evercore ISI, told Reuters. “It can do the job, and it’s already cheaper – you don’t have to be an early adopter to buy one.” By 2020, they expect 48-volt mild hybrids to outpace European sales of electrics or hybrids like Toyota’s Prius. The Prius – a “full hybrid” – typically runs at 100-300 volts. Mild hybrids average about $600-$1,200 less than a similar diesel. The tech itself appeared in luxury models -- Mercedes S class, for instance -- at Frankfurt. Mild hybrid tech is the one “trickle down” item that works. It is expected to trickle down to the mass market in Europe and China by 2025.

Among those automakers planning to add 48-volt mild hybrid tech, Volkswagen plans to use it for the next Golf. The automaker will bring them to market in 2019; other models will follow, Frank Welsch, development chief, told Reuters. “The technology has a lot of potential and will make hybrids more affordable for the masses,” he said.

Volkswagen's next Golf, a benchmark in compact cars, will arrive with 48V electrics in 2019, and other models will follow, development chief Frank Welsch told Reuters. "The technology has a lot of potential and will make hybrids more affordable for the masses," Welsch said. Renault was an early adopter of 48-volt technology, while Nissan and Hyundai have models coming down the pipeline.