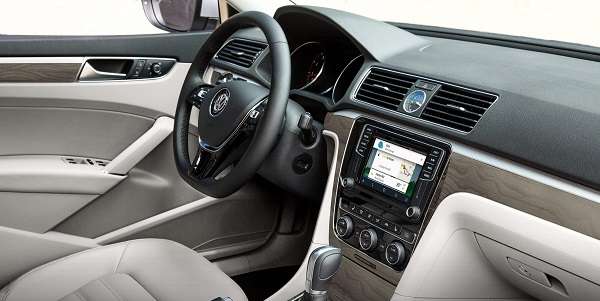 Volkswagen, slammed for the last year by an emissions scandal of its own making, faced a new test as the courts in Germany took an unusual step in an effort to speed things up. That does not look like it will be the case.
Advertisement

Just when it looked as if Volkswagen was clearing up some of its legal problems, another set of challenges has appeared on the scene.

In summary, shortly after the automaker admitted that it had cheated on its diesel emissions tests, hundreds of consumers and investors filed suit against the automaker. Indeed, several hundred U.S. consumer lawsuits were filed and later combined into a class-action that was heard in San Francisco. The suit has been under the steady guidance of U.S. District Judge Charles Breyer in San Francisco. As the suit has worked its way toward to a culmination, the parties involved have worked tirelessly to find a settlement.

A tentative agreement was announced in June. Since the announcement in late June, comments have been taken from the public. A final hearing is scheduled in October on the final agreement. The automaker agreed to set aside $10.3 billion to buy back the 482,000 U.S. four-cylinder diesels in which VW engineers had installed cheatware that was designed to fool U.S. emissions testing for oxides of nitrogen. The U.S. diesels were part of 11 million vehicles worldwide in which VW engineers had also installed their scamware. In addition to the buyback funds, VW also agreed to set aside $5 billion as a remediation fund for environmental problems caused by the cheating scandal.

With the settlement, it appeared things on the court front had quieted down a bit. However, one front that became active yesterday is in Germany where the court in Brunswick, near Volkswagen’s corporate headquarters in Wolfsburg, implemented a little-used legal device that uses one case as a template for many. Court officials sought to speed more than 170 lawsuits filed on behalf of investors. The central issue is that investors believe the automaker broke its fiduciary stewardship of the company because the management failed to disclose the automaker’s involvement in the Dieselgate scandal promptly. In looking at the issues carefully, there can be little doubt that VW lost lots of value when Dieselgate went public. Almost immediately, its stock dropped 15 percent, losing another two percent within days. Since that time, the automaker’s stock has settled, finally losing another three percent so that VW has lost a total of 20 percent of its value.

Volkswagen, through a spokesman, told the media that it believes that it met is fiduciary duty. Indeed, the spokesman said the move by the court to use the little-used device is a standard step in a case.

That begs this question: if it is a standard step, then why is it a little-used action by the court?

The investor cases involve some major European institutional players, though none were identified. One hint as to the stature of the investors is that Andreas Tilp, noted German litigator, who has worked on behalf of other investors in other cases, is involved. He represents more than 270 institutional investors whose combined stake in the automaker is 3.2 billion euros or $3.6 billion.

The court, by using a model case, is using the closest vehicle that Germany has to a class-action lawsuit. In the U.S., the courts can combine – and have – hundreds of lawsuits into one case that then proceeds through the system. Its outcome represents the verdict for each case that is part of the suit. The key difference in using the model or template case in Germany is that though the one case serves as the template for all others, they cannot be combined into one suit, so the automaker is facing a defense against more than 170 suits, at this moment. And, though the model case usage does speed things, the courts estimate the cases won’t be heard until sometime in the fourth quarter.

The latest legal information can hardly be good news for Volkswagen. Even though hundreds of consumer lawsuits are on their way to settlement in San Francisco, the automaker still faces criminal investigations by the Justice Department in the U.S., as well as probes by Saxony in Germany and active prosecution in South Korea, where VW sales have also been halted.

In addition, the U.S. Federal Trade Commission is looking closely at Volkswagen’s diesel advertising. The agency is probing whether the automaker’s ads were fraudulent. And, there is still the sleeper case, that few are mentioning, a civil suit by the Justice Department which seeks $46 billion in damages for emissions violations. Finally, four states have lobbed individual suits at the automaker, seeking penalties for consumer fraud. The states include New York and Massachusetts.

Overall, Dieselgate has become Volkswagen’s biggest business scandal. Like as not, the automaker had hoped to speed things up so that it could put it in the rearview. With the latest moves in court, it doesn’t look like that will be happening.

Roger Burnett wrote on August 24, 2016 - 5:26am Permalink
VW will eventually get past this, but I will never own one.!
Marc Stern wrote on August 24, 2016 - 10:48am Permalink
Yes, the automaker will, but I have to wonder what it will do in the long run to its future.
Bruno Dugas wrote on August 25, 2016 - 7:57am Permalink
I own a Jetta, in Canada, still waiting for the settlement. This car is the best small car I have ever owned. It's quiet, very peppy, and phenomenal mileage. Too bad about the pollution but if they solve the issue I will keep it and likely trade my other car in for a Passat. There should be some very good deals.
Marc Stern wrote on August 25, 2016 - 3:49pm Permalink
I think you are right about that. I don't really know what the settlement deal is in Canada, but, if the Jetta and you are happy together, then go right on driving it. I like the Jetta myself, one of the funnest cars I have driven in the last little while. :)