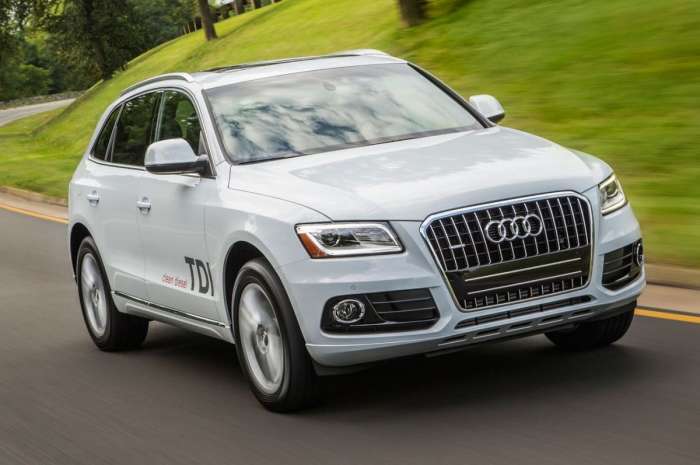 VW Hit With Another Billion Euro Penalty As Dieselgate Goes On

Once again, the Dieselgate scandal reared its smoking head as VW was hit with another near-billion-euro fine in Germany. Though it is nearly over in the U.S., the emissions scandal is alive, well, and living in Europe where at least three jurisdictions are studying more fines. Plus, VW faces a near-$10 billion euro stockholders suit.
Advertisement

Although the Dieselgate scandal and drama have played themselves out in North America, in Europe, they continue to have an immediate impact. For example, prosecutors are still raiding automakers as dragnets close on offenders.

Audi simply accepted the fine. The automaker won’t appeal it, the automaker said in a statement. By taking the fine, the automaker accepts full responsibility for any violations of the rules. At the same time, Audi did admit the fine would impact annual earnings.

“Considering these special items, the Audi Group will significantly undercut major financial performance” by a significant amount, the carmaker said in a regulatory statement.

Also, Audi’s parent group, Volkswagen, issued a warning about its earnings. It said they would also be affected by the fine.

Evercore ISI, a financial analytical firm, called the development “manageable” and “positive.” It is because the fine cleared another bit of uncertainty off the table at VW Group as the diesel scandal continues to plow ahead. Evercore did note that VW is still facing a shareholder suit seeking $9.5 billion, though it admitted the case could run on for years.

The analytical firm continued, in a research note, that it believed markets would “look through the fine and view the resolution … positively .”

In another development earlier this month, the automaker terminated the contract of former Audi CEO Rupert Stadler, who is currently in custody. Prosecutors are investigating Stadler’s suspected involvement in the emissions cheating scandal. Bram Schot, an Audi sales executive, was named the acting chief executive officer.

Meantime, the VW Group has already been fined a similar amount of money in June. At that time, prosecutors in Brunswick used an administrative order to hit VW with the 1 billion euro fine.

The fine covered the Volkswagen Group’s oversight failure. The penalty was for the automaker’s oversight problems that allowed millions of polluting vehicles to hit the highway polluting. The fine is equivalent to about $1.1 billion.

The fine covered the four-cylinder turbodiesel engines that the automaker had developed and sold. At that time, prosecutors in Munich were also studying whether to impose a similar penalty.