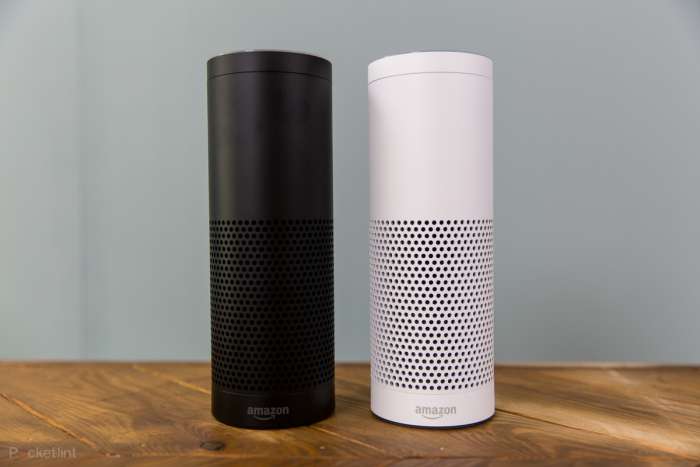 Your VW Golf May Soon Keep You Warm When You Say: "Alexa Turn Up The Thermostat to 72"

Volkswagen has taken Amazon's Alexa service a step toward the future as the automaker has integrated the feature directly into its products so that a driver may soon be able to ask: "Alexa, is the house okay?" Alexa will give that answer.
Advertisement

In an image of what may be to come, Volkswagen will insert Amazon’s Alexa voice service into its software so that the Golf of the near-future will be able to integrate with your home. Imagine getting into your VW vehicle, perhaps the Golf, and saying “Alexa turn up the heat to 71 at home” and having your internet-enabled heating system to start warming your home up for the evening.

If it sounds like science fiction, it isn’t because the Internet of Things (IOT) is growing almost exponentially as more and more devices are Internet-connected enabling other devices, like Alexa, to interact with them.

So, what, you might say, automakers from Ford to Hyundai are offering Alexa service through smartphone apps. What’s the big difference? The difference is the amount of internet connectivity. Using an app only scratches the surface of the potential of an Alexa interface. If a car’s infotainment system – Volkswagen in this case – is acting as a direct internet gateway, there is very little that a user cannot do with Alexa and home devices.

Volkswagen, says Automotive News, is the first automaker to have directly integrated Alexa into the car’s system without the need for a special smartphone app. The new linkup enables drivers to control their home internet-connected devices. The automaker debuted aTiguan compact crossover with the “Hey Volkswagen” feature installed this month. The automaker showed the integration at the 2016 Consumer Electronics Show (CES) in Las Vegas.

Volkmar Tanneberger, head of VW’s electronics development, said that his group had “several that we programmed that customers can choose from. So, you can say, for example, ‘Hey Buddy, ask Alexa how warm it is at home?’ And then it channels the command to Alexa, and Alexa reports that” it’s 70 degrees.

The system relies on next-gen voice-recognition software. As the user and Alexa become more familiar with one another, the system picks up the users preferences. “Volkswagen and Amazon share a common vision around voice as the future, it’s a safe, natural way to interact with a vehicle,” John Scumniotales, general manager for Amazon Alexa Automotive, said.