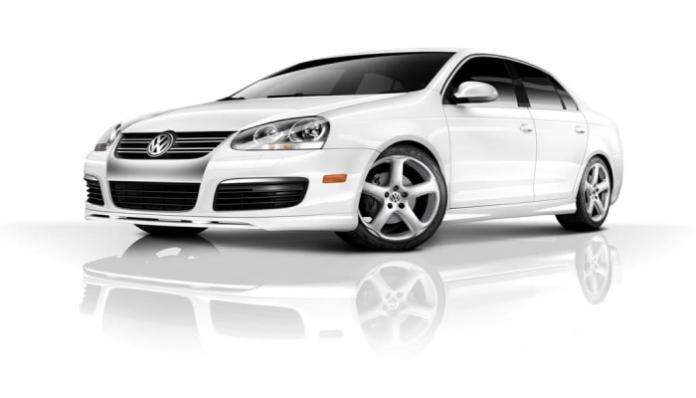 In an unexpected development Friday, Volkswagen announced that unexpected costs due to its U.S. buyback and repair program had pushed costs of its emission-control scandal past the $30 billion mark.
Advertisement

As Volkswagen closes its books for the third quarter, there is one thing that is glaringly apparent, the automaker’s self-inflicted emissions scandal – Dieselgate – continues to keep having an impact.

Early Friday, the Volkswagen Group announced that it had taken a hit of 2.5 billion euros – about $3 billion – as the automaker struggles to repair or buy back problematic turbodiesels.

In a statement Friday, the automaker said:

“In the third quarter negative special items of ca. €2.5 billion are expected to burden the Operating Result. The reason is an increase in provisions relating to the buyback/retrofit program for 2.0l TDI vehicles, which is part of the settlements in North America that is proving to be far more technically complex and time-consuming.”

To translate this into English, the automaker took the 2.5 billion euro hit because fixing the 2.0-liter four-cylinder turbodiesel powerplants at the heart of the scandal is proving to be more challenging and costly than planned. Because of this, the automaker has faced more costs, so it lowered its third-quarter operating results.

What does it mean? Here’s the scoop:

Automaker Agrees To The Buyback

When VW settled the major Dieselgate consumer class-action suit early last year, it agreed that if there were no fix available for the Dieselgate problems, then it would buy back the vehicles from U.S. owners. At the same time, the automaker said that owners could hold onto their cars and it would fix them for free when a fix became available.

Interestingly, it turns out that all of the VWs involved in Dieselgate were, in one way or another, equipped to handle emissions. Though the automaker never implemented urea-formaldehyde emissions doping – the preferred solution -- the major pieces of the system were in place. However, they were undersized.

(According to recent articles detailing the activities of the German car industry, all German carmakers were in touch on all issues, with various committees acting as clearinghouses of sorts. During their deliberations, they decided that BMW would get the lion’s share of the doping agent since it had invented the system. Meantime, VW could use the doping, but, its systems would have to be much smaller.)

Origins Of The Problem

VW, instead of opting for the small-sized doping system that it was allowed to use, decided to employ an emissions control system that had been around since the mid-1970s catalytic reburning. This system featured two-level exhaust stream capture. The first level was the primary. The second was the emissions capture where the exhaust was recirculated and put through high-heat/catalytic reburning. Though it sounds like the system should work, unless the heat was cranked way up, which affected vehicle performance and mileage, then it would not. At this point, VW decided to implement the “defeat switch” in its emissions control systems.

VW made this decision in secret, apparently believing it would remain that way, as well. It did remain secret for nearly a decade until a research team became suspicious of the results from VW’s “clean diesel.” The researchers ran their tests against other control vehicles, among them a BMW which, incidentally used BlueTec. Looking closely at the results, the team found that VWs consistently performed poorly, with some turbodiesels emitting up to 40 times the allowed levels of NOx.

The team turned their results over to Volkswagen, at first. VW reportedly tried to fix the problem, but the fix they applied didn’t work. Next, the results were turned over to the Environmental Protection Agency (EPA), which launched an investigation. The probe led, about a year later, to the agency citing the automaker. Ultimately, the probe resulted in Dieselgate.

For two years, Dieselgate cooked along at a high level. About six months ago, though, with the major court cases settled or on the way to settlement, things were settling down. However, every time it looked as if the automaker could put Dieselgate in its rearview, something else came along that caused new activity. Lately, the problems have been with the fixes that VW has tried to implement. They have resulted in delays and increased costs.

The costs keep climbing. At first, the automaker thought the cap would be about $25 billion ($14.6 billion to consumers and about $10 billion to dealers, agencies like EPA and the Department of Justice and to states). The fact is that costs had been incrementally sliding up as the result of other actions. The additional activities have apparently driven up costs by at least $2 billion. The added notice that VW has had technical difficulty and is taking a charge of $3 billion has pushed the costs past $30 billion.

U.S. Program Blamed For Much Of Cost

The charge-down has surprised some analysts. “The size of the provision is surprisingly large, considering the number of cars involved isn’t very large (about 600,000),” Juergen Pieper, an analyst with Frankfurt-based Bankhaus Metzler. “It shows VW remains some distance from coming through the scandal.”

Meantime, the automaker which had hoped to be further along in finding an end to the scandal had another setback.This week Munich prosecutors arrested VW’s former top engineer, Wolfgang Hatz.

One major piece of fallout from Dieselgate has been the numbers of consumers who have turned away from diesels. Consumers are concerned with pollution and driving bans that are or have cropped up. In turn, this is deepening Volkswagen’s problems because the automaker depends on diesels to increase profits while lowering carbon-dioxide emissions.