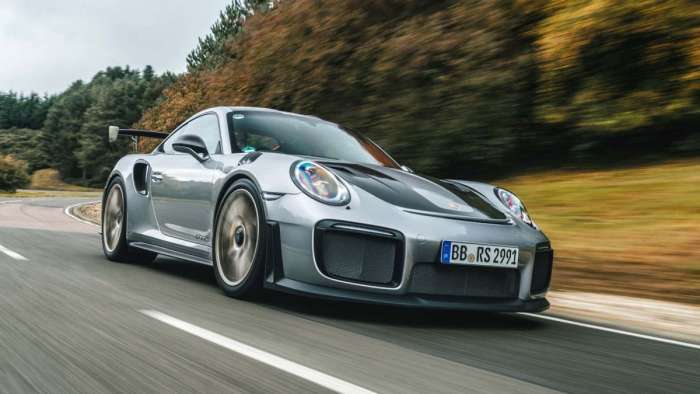 Techart Limits Number Of Buyers Of Special Porsche To 10

After hinting about its own version of the Porsche GT2 RS, Techart has confirmed that it will build 10 Techart GT Street RS versions. Built on the Porsche 911 Turbo S, the tuner has increased the power output and torque. Ten buyers will have the chance to purchase one of these remarkable vehicles.
Advertisement

When the Geneva Auto Show The Geneva Motor Show Opens Soon With Many Displays. kicks off next month, the Techart stand will feature a monster version of the Porsche 911 Turbo S Techart GT Based On Porsche Turbo.. The Porsche tuner has taken the Turbo S, tweaked it more than a little, tuning it to levels that make other tuners smile. And, it makes potential buyers run for their checkbooks to see if they can obtain a copy.

Called the Techart Techart Specials Offer Plenty Of Go For The Money. GT Street RS, it is the tuner’s version of the GT2 RS. Techart has tuned Porsche 911 Turbo’s flat-six and has amped it up into one mean motor. The technicians in Techart’s shop set up the six-cylinder engine with twin turbos so that it cranks out more power than a Porsche GT2 RS. The tuner estimates its tuned Porsche will hit 100 kph (62 mph) in 2.5 seconds. It will reach 200 kph (124 mph) in 8.1 seconds. Its top end is reportedly 211 mph (340 kph).

Techart Has An Interesting Carbon Use

To set it apart, apparently, the Techart GT Street RS has an interesting pattern. The pattern develops from the random carbon strands in the composite. It certainly is eye-catching and is used on the:

Techart makes use of the carbon strands everywhere. Why you can find it on the aero rings around the center-lock wheels. There’s an interesting active front spoiler, as well. The active element adjusts airflow to the radiators. Plus, the two-place has an interesting self-adjusting rear-wing to optimize, one supposes, downforce.

There are also two hood-mounted NACA ducts that send air to the brakes to keep them cool. Also, the rear fender intakes are larger at the rear for better airflow into the engine compartment. There’s also a ram-air scoop setup on the deck.

The interior is a mix of leather; virgin wool for sections of the door panels and seat cushions, and Alcantara. The materials, by the way, are flame-retardant. And, in a bow to smartphones, the rear window and side pieces are Gorilla Glass, to keep weight down. The only problem with using this type of glass in this situation is that there is no display to swipe.

Techart plans only 10 copies of its GT Street RS, so obtaining one could be something of a jostling match, but, who knows? Each of the 10 owners will receive a racing helmet and special bag to go with the vehicle.