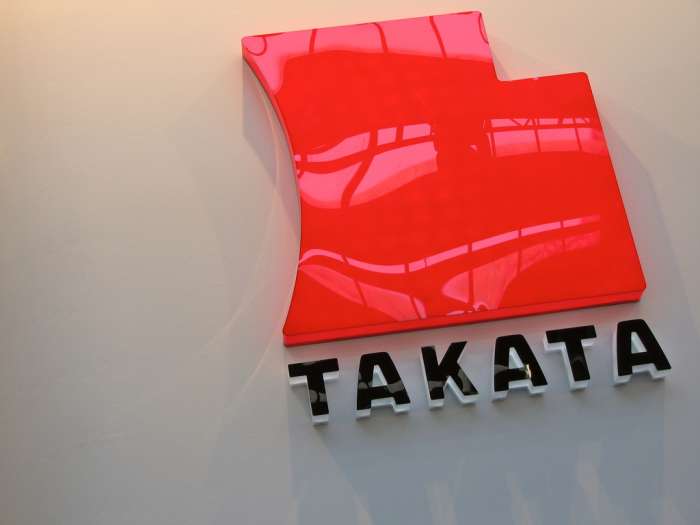 The Takata airbag recall wound down on Friday as the Japanese manufacturer agreed to pay $1 billion in penalties and compensation. Three former executives were also charged.
Advertisement

Barbara McQuade, U.S. attorney for the Eastern District of Michigan, announced the settlement agreement and the charges in Detroit. The Justice Department, following a multi-year investigation, charged the airbag manufacturer with one count of wire fraud. The announcement is just the next step in the process as the deal requires judicial approval.

Takata was charged in relation to airbag inflator defects that have claimed 16 deaths worldwide and have injured more than 180 seriously.

“Automotive suppliers who sell products that are supposed to protect consumers from injury or death must put safety ahead of profits,” McQuade emphasized. “If they choose instead to engage in fraud, we will hold accountable the individuals and business entities who are responsible. Cheaters will not be allowed to gain an advantage over the good corporate citizens who play be the rules.”

Shinichi Tanaka, 59, Hideo Nakajima, 65, and Tsuneo Chikaraishi, 61, longtime Takata executives who left the firm in 2015, were indicted on charges of wire fraud and conspiracy for convincing automakers to buy bad parts by using phony reports. Their scam became the trigger for the largest automotive safety recall in history.

Although arrest warrants have been issued, since the defendants are thought to be in Japan no court dates have been set. U.S. and Japanese authorities will seek the extradition of the three executives. “We would like them to stand trial in the U.S.,” McQuade said.

According to the six-count indictment opened Friday, the three executives knew as early as 2000 that inflators were not performing to specifications and failing under test. However, they provided bogus reports to their clients, automakers around the globe. The indictment singled out a 2004 email from Nakajima to Tanaka that indicated he was “manipulating” inflator test data.

Sen. Bill Nelson, D-Fla., a harsh critic of Takata, said that the “indictments send a strong message that if company executives knowingly put products on the market, they will be held accountable for their actions.”

The parts manufacturer has to pay the $150 million in compensation money and fine in a month. It then can pay the rest off over the next year.

Ken Feinberg, a noted compensation expert who has overseen such major cases as the $565 million GM ignition settlement, was recommended to supervise the automaker and victim compensation payouts.

This settlement is the second in the Takata airbag recall. The first occurred in 2015 when Takata paid $70 million to the National Highway Traffic Safety Administration (NHTSA). In this settlement, Takata admitted that is products were faulty, but that no timely recall resulted. This payment also ratcheted up the pressure on a very reluctant airbag manufacturer to move on forward toward Friday’s settlement.

For Takata, the settlement may be a blessing in disguise. The financially troubled manufacturer may now be able to gain investor backing so it can restructure and pay the enormous tab that the safety recall has run up. Also, an independent monitor will also watch the Japanese auto parts maker. The monitor may have a net positive impact on gaining investment backing, too.

“Reaching this agreement is a major step towards resolving the airbag inflator issue and a key milestone in the ongoing process to secure investment in Takata,” Shigehisa Takada, chief executive of the airbag manufacturer, said in a statement. He also continued that Takata “deeply regrets the circumstances that have led to this situation and remains fully committed to being part of the solution.”

The Takata airbag scandal, the largest in automotive history, will ultimately affect about 42 million vehicles in the U.S. Those vehicles have about 70 million Takata inflators installed.

Worldwide another 40 million vehicles or more may be affected. To date, 12.5 million inflators have been repaired. Regulators expected the remaining repairs to take at least another three years. The recalls have affected 20 automakers worldwide.

The Takata airbag inflator recall involves issues with propellant deterioration caused by moisture. The moisture can taint the propellant due to improper sealing and other manufacturing problems, investigators have found. It takes about seven years or more for this to happen, however, when it occurs, the propellant takes on more powerful blast characteristics.

If an airbag deploys, using this propellant, the blast produced is too powerful for the airbag housing which shatters, hurtling deadly shrapnel throughout the passenger compartment. Most of the crashes where fatalities have occurred have been low-speed, accidents where they may have otherwise survived. The propellant is ammonium nitrate. Takata is the only major airbag manufacturer to employ ammonium nitrate alone as its propellant.