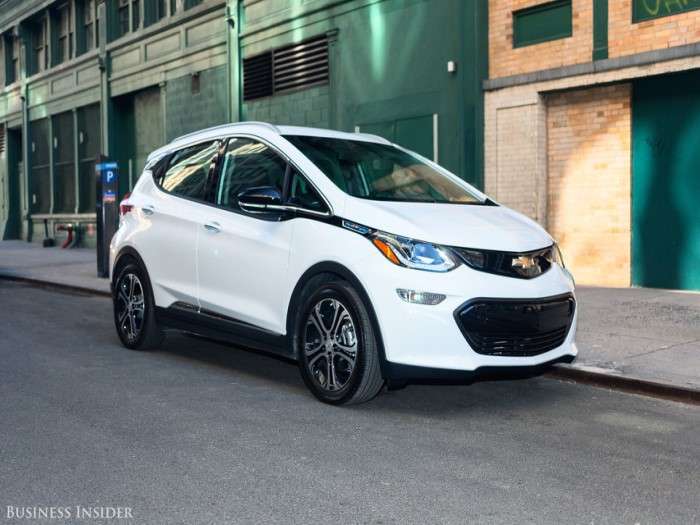 Surprise: a new brand tops CR’s 2018 listings; Is it right, only time will tell

After only a couple of years as Hyundai's separate luxury brand, Genesis has been awarded an accolade that other automakers have had to wait many years to achieve. Genesis is the best brand, followed by Audi.
Advertisement

Seldom have I seen a realtively new model gain the leading consumer reporting journal choose a relatively new brand as its best vehicle brand, but here you have it, Genesis, Hyundai’s luxury brand, is top for the year. It is quite an achievement for a brand that is only two years out of the starting chute.

Indeed, as I heard it spelled out when Hyundai decided to spin up its luxury brand, the automaker was taking its already existing single-car lineup and uploading a model atop the one top-of-the-line model they had ad the time. The brand still only has two models; CR recommends both models. Audi, the number two brand, had all of its vehicles recommended by R. Meantime, the top green car is the Chevy Bolt. For a complete listing see:
Consumer Reports best brand listings.

Hyundai and Audi are one and two in the ratings and here are the rest of the top 10:

In the individual vehicle category, Toyota had the had the highest number of any automaker in the top 10. The Toyotas are the Corolla, Camry, Highlander, and Sienna (minivan). Toyhota’s vehicles, as is usually the case, had the best reliability figures. Camry was the top midsized sedan in CR’s ratings. CR recommends both the Honda Accord and Camry; they are new for 2018.
.
Imports fared better than domestics in CR listings

U.S. brands didn’t fare particularly well, for the most part, though Fiat Chrysler Autos (FCA) Chrysler brand did finish number 11, the highest U.S. automaker. FCA reached that position, the most significant improvement of any brand, thanks to its Pacifica minivan. The automaker’s other brands, Ram, Fiat, Dodge, and Jeep were at the bottom, (respectively, 34, 26, 27 and 33). General Motors’ Chevrolet brand finished in 23rd place, while Cadillac finished 24th and GMC was 28th. Ford was 20th; Lincoln was 17th. The Ford F-150 was named CR’s best pickup. GM's top-selling Chevrolet brand ranked 23rd, while the Cadillac brand ranked 24th and GMC 28th. Buick had the most significant drop among brands as it fell eight places, finishing 19th. Acura

Consumer Reports is the top independent consumer publication. Yearly, it runs many comprehensive automotive reviews that figuratevly take each car apart and put it back together again n the pages of the magazine as they run their independent, thorough reviews. The recommendations for new vehicles are based on those reviews, while their many other reviews and recommendations use information gathered from thousands of CR members (it is both an organization and a publication). Millions of consumers consult the rankings before purchasing their vehicles. CR bases its rankings on road tests, reliability, safety and owner satisfaction scores.

Engineerbro wrote on February 23, 2018 - 8:17am Permalink
Consumer Reports hasn't tested Tesla Model 3 yet. It could simply be that the lack of availability of the Model 3 is why it didn't win this year. I can go into a Chevrolet dealership and buy a Bolt today, whereas I've got a "12-18 month" wait per tesla.com if I reserve a Model 3 today.