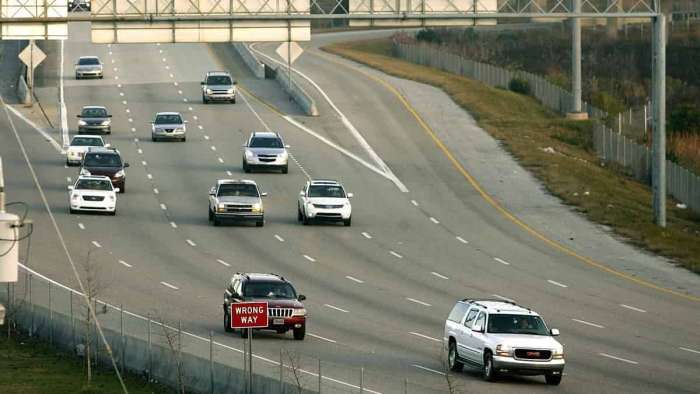 It has been a long and frustrating travel season for authorities as drivers keep speeding. It's not so much that they are traveling fast, it is that they are driving at high speeds that are seldom seen outside of race tracks. One driver clocked 159 mph in a record run across of the country and averaged 108 for his 25-hour trip.
Advertisement 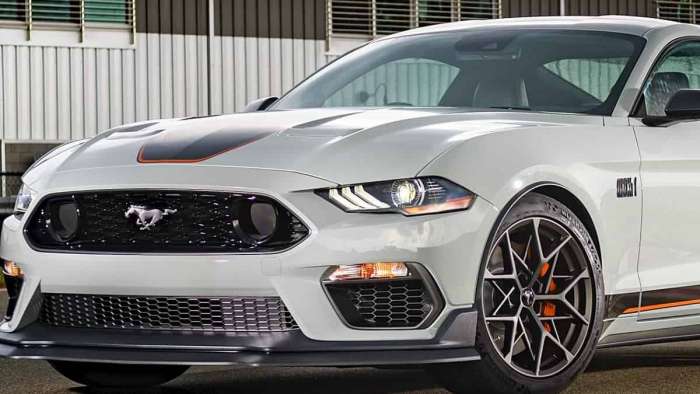 You would have thought that speeding would have dropped over the last 18 months of the coronavirus pandemic, but that isn't the case at all. According to a Sunday story from the Associated Press, drivers are continuing their speeding ways. It has police concerned as drivers enter the last weeks of summertime travel.

Most Significant Hike In Years

The latest data available shows the most significant increase in highway deaths in more than a decade, even though car and truck mileage was down due to the coronavirus pandemic.

"Summer is an incredibly dangerous time. And it culminates with Labor Day, that last hurrah," said Pam Shadel Fischer of the Governors Highway Safety Association (GHSA).

Ford and the GHSA are working to make teen drivers better. With a series of grants, the Ford Fund works with states to improve teen driving habits. Teens are among the leaders in fatal accidents due to speeding.

Drivers averaged higher speeds, with many of them also impaired by the use of drugs and alcohol. Also, the data showed a slight dip in seatbelt usage. Plainly, said the AP, drivers "do not seem to be slowing down."

Cpl confirmed the observation. Doug Cropper of the Maine State Police noted that "People are flying down the roads," he said of summer traffic on Interstate 95. "It's just ridiculous."

The California Highway Patrol reported that tickets written for vehicles driving over 100 mph from January to June were nearly double pre-pandemic levels. Also, the number of tickets issued for reckless driving grew.

New York state has seen similar action. Looking at New York numbers, the percentage of fatalities for which speeding was the primary cause grew despite the cut in mileage and traffic caused by the pandemic. Also, the state reported that the number of speeding tickets from January to June was up.

"There is continued concern about the rise in speeding and aggressive driving as we enter the heart of the vacation travel season and increased traffic volumes on the highways," said Beau Duffy, spokesperson for New York State Police, told the news service

High-speed driving isn't new, either. Indeed, its origins can be traced to the early pandemic.

The AP put it well in describing the scene on the nation's major interstates. "With police distracted by civil disobedience and scaling back routine [traffic] stops, the [suddenly] lightly traveled roads quickly turned into the wild west in many places."

For example, New York reported that supercars like Lamborghinis, Ferraris, and Buggatis blasted through pandemic-emptied streets with their engines wound tight and screaming while ending dreams of sleep for many residents. Drivers were tagged for speeds seldom seen off high-speed speedways.

Indeed, the light police coverage brought about a renewal of the old Cannonball Run. Because traffic enforcement officers were way down, drivers set illegal non-stop records from coast to coast.

Here are some examples of the speeds and times. Using a rented Ford Mustang GT and modified to have fuel tanks capable of carrying 130 gallons of fuel, a Maine driver set a single-drive record of 25 hours, 55 minutes from New York City to Los Angeles. A team then set another record shortly after the Maine driver's run.

A satisfied Ashmore said of his feat:

"There's no person who's never sped. I just sped faster and longer."

The National Highway Traffic Safety Administration (NHTSA) warned local authorities about the epidemic of pandemic-caused speed early. Drivers shattered the agency's expectation of dips in fatalities – similar to other economic downturns. As NHTSA watched, the agency saw fatalities growing throughout the pandemic, even picking up speed during late 2020.

Experts like Joseph Schwieterman of DePaul University said several factors set up the new speeding paradigm. Some drivers – probably more aggressive – were emboldened to mash their gas pedals by the lack of traffic enforcement. As usual, other drivers, who may not have run at high speeds, joined the flow.

Drivers Believe Cars Can Do It All

Many drivers mistakenly believe it is safer to speed in their modern vehicles believe they are safer due to airbags, antilock braking, disc brakes, and other safety features, so they speed with impunity, Schwieterman said. Physics still governs cars, no matter what drivers think.

Once the speed genie was freed from the restraints of the lamp, there's little hope of turning things around.

A spokesman for the Insurance Institute for Highway Safety (IIHS), Joseph Young, noted that speed limits need vigorous enforcement. He also indicated that there must be a visible traffic enforcement presence.

"Summer holidays should be a time of fun and family, not sorrow and tragedy," Washington State Police Chief John R. Batiste said as California, Oregon, and Washington kicked off a safety enforcement effort.

Meantime, the Governors Highway Safety Association said the best cure for bad behavior is still the flashing blue lights. The association's Fisher told the AP that "High visibility enforcement works," she said. "When people see police officers, they will think twice about what they're doing."

Marc Stern has been an automotive writer since 1971 when an otherwise normal news editor said, "You're our new car editor," and dumped about 27 pounds of auto stuff on my desk. I was in heaven as I have been a gearhead from my early days. As a teen, I spent the usual number of misspent hours hanging out at gas stations Shell and Texaco (a big thing in my youth) and working on cars. From there on, it was a straight line to my first column for the paper, "You Auto Know," an enterprise that I handled faithfully for 32 years. Not many people know that I also handled computer documentation for a good part of my living while writing YAN. My best writing, though, was always in cars. My work has appeared in venues including Popular Mechanics, Mechanix Illustrated, AutoWeek, SuperStock, Trailer Life, Old Cars Weekly, Special Interest Autos, and others. You can follow me on: Twitter or Facebook.