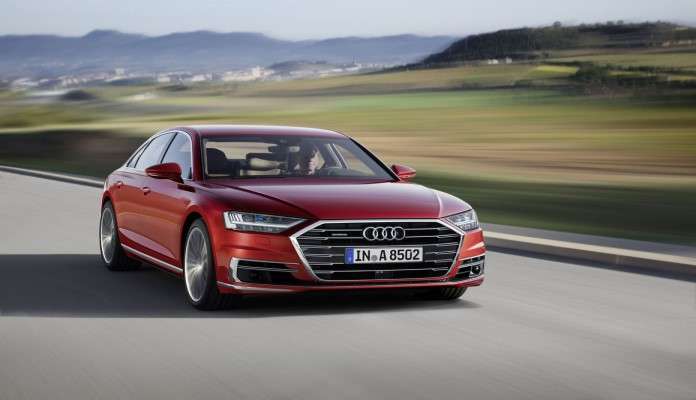 Audi has been selling illegal luxury models in Germany a report in the tabloid newspaper Bild says. According to the story, the automaker has continued to sell the turbodiesels even though it has known the vehicles are illegal and they were selling them and continued to market the vehicles even as the Dieselgate scandal was breaking.
Advertisement

You would think Volkswagen’s Audi subsidiary would learn, wouldn’t you? After getting itself immersed over the beltline in the Dieselgate scandal in the United States – and elsewhere – and after dropping nearly $25 billion to satisfy consumers, regulators and the courts for using defeat devices in its turbodiesels, the automaker is still doing it!

The headline says it all, ‘Unbelievable’

The headline in Germany’s Bild tabloid was simply one word: “Unbelievable.” According to the tabloid, Audi “produces and sell diesel cars with the illegal software” fully two years after the scandal broke. In total, it affected 11 million vehicles worldwide when the story first appeared. With the new revelation, the number has climbed by more than 100,000. Audi already faces recall of up to 850,000 diesels

Germany’s Transport Ministry, the KBA, has found the same illegal defeat switch software in 127,000 luxury models made by Audi. The models, equipped with V-6 turbodiesel powerplants (TDI), include the A4, A5, A6, A7, A8, Q5, SQ5, SQ5 plus and Q7 crossover.

At issue is the build dates of the engines. Audi built the turbodiesels after the automaker’s self-inflicted emissions scandal became public at the end of 2015. Bild found it to be “Unbelievable!” that Audi was still making and selling diesel “cars with the illegal software.”

An illegal software routine has been at the heart of Dieselgate. Audi installed the funky software at the heart of the scandal because its four- and six-cylinder turbodiesels could not meet emissions standards. The software looked at various telltales in the data flowing to engine control modules of the affected vehicles. If it detected certain conditions – steering wheel angle or drive wheel activity, for instance – that said the vehicles was undergoing an emissions test, the control module reset the emissions equipment so the engine would pass the testing. When the testing was complete, the control module reset the engine so that it would perform. This is the heart of the scandal that has, so far, cost the automaker on the order of $30 billion.

Formerly, KBA would scold an offending automaker and would order a “voluntary” service action. Times have changed as the regulator has cracked down and so the agency ordered a recall. Bild said V-6-equipped copies of Audi’s A8 are affected the most by this action. Bild, quoted in Forbes, said KBA “sees [no] possibility to make the car compliant [with emissions standards].” KBA could – and may – order these vehicless off the road.

An unnamed VW exec, who must be more than a little exasperated with this latest would-be scandal, also called the whole affair “unbelievable,” said the author of the piece. The exec supplied the link to the Bild item. He reportedly told the author that at “Volkswagen, they are busy developing a new logo, meanwhile at Audi, they continue to sell illegal cars.”