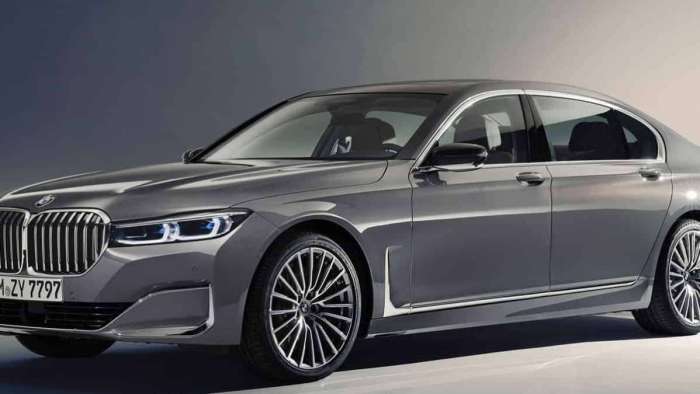 In a story that appeared over the weekend, deals at the currently running Hertz used vehicle sales were compared and the result left potential buyers with two words "caveat emptor." The deals are good but you have to remember the condition of the cars.
Advertisement

With the slowdown or meltdown in car rentals from the Hertz, ads you may see that herald great deals on used vehicles may seem tempting. However, there's a big but facing you. Most used rental vehicles, though they look like great late-model deals, are questionable.

Why are they questionable? Simply because any car that may be offered by Hertz – or any other rental outfit – has likely been beaten quite hard by drivers who don't care very much about the vehicle. And why should they? The car they may be driving for a day or week or month isn't theirs, so why should they care about the types of abuse through which they put rental vehicles.

Then, when the rental units hit the magic retirement number – usually around 40,000 miles – they are sent to the sales side of the rental company. At the sales hub, the cars are spiffed up, photographed, and put up for sale, each unit emphasizing the mileage. Are the deals really what they appear to be? As noted, if you were a vehicle beaten former renters were you would have to say no.

So, when Hertz announced that it was declaring bankruptcy about a month ago, listing better deals, the internet went more than a little overboard. There were posts and such that indicated Hertz was selling the vehicles for short money and great deals.

For instance, said The Motor Authority, a 2019 Corvette Z06, listed on the Hertz site for $60,000. Usually, the Chevy sports car lists at about $100,000 new. As tempting as it might be for anyone to put in a bid, think of the life the Corvette lived before its listing.

Meanwhile, isseecars, a used-car sales listing and analysis site, this week reported former Hertz renters listing at an average of $1,400 under market value. The site listed 25 models with some substantial savings, as much 10 percent better than you might find at a used car lot. For example, a BMW 7-Series listed at $6,877 at the Hertz site. A buyer could potentially pay $42,680 at the Hertz site with the savings. At other standard dealerships, the same vehicle model would cost about $50,000.

Iseecars.com didn't mention trim levels, so there is no way of comparing vehicles. There is also no way of estimating the "beating that most rental cars undergo in their brief one- to three-year life before being sold to the public via auctions," said The Car Connection.

"Rental cars lead hard lives for 12-18 months, acquiring around 30,000 miles in about half of the time the average consumer would," according to Tyson Jominy, vice president of data and analytics at J.D. Power. Jominy told The Car Connection that 'The newly off-rental Hertz Corvettes having been making a big scene, but I would multiply the mileage by four on every one of those units to approximate the number of quarter-miles" on each vehicle. "Caveat emptor," Jominy emphasized.

Iseecars, in looking at the mileage of Hertz renters – averaging one- to three-years-old – found their mileage to be 40,042 miles as compared to 30,567 for standard used car dealers.

There was some question about the difference in trim levels between base models, and the more upscale models opted for by consumers. The difference between rentals and consumer models may not be as significant as earlier suggested.

"In the bad old days, automakers would send the lowest trims to rental fleets," Jominy said. "However, the industry learned that cheap unwanted vehicles in large numbers were destroying residuals, so there was a shift toward more reasonable optioned rental units. So, I don't think the trim would be a primary differentiator of these (Hertz) cars."

Iseecars confirmed that trim levels were a key part of their study. “We compare the Hertz cars to similar cars which means we match the following:

Said Julie Blackley, a spokesman for iseecars.com, said.
Concluding, The Car Connection, where this story originated, noted that Hertz deals listed on iseecars might be as good as they look, provided you are willing to remember the treatment that renters receive.

So, what are the top 10 crazy deals on the Hertz site? They are:

Discounts averaged between $1,500 to more than $4,500 over standard used car dealerships.

DeanMcManis wrote on June 16, 2020 - 1:59am Permalink
Buyer beware is a good mantra for looking at any used car, but there is special consideration for rental cars, because they can be abused. I agree that I would never look at buying a used rental high performance car simply because some renters view the rental as an excuse to race around in a car that they couldn't otherwise afford. Similarly, the cheapest models, can be abused by drivers who simply don't care. Also I probably wouldn't be looking at a used rental BMW 7 series. Not because I would suspect abuse, but because there is still a few more years of heavy depreciation coming before the lowered price stabilizes. But I actually see good bargains in the middle rental models, and I've bought and recommended to my friends buying rental and off-lease vehicles. For the bulk of the mid-level rental vehicles many of them are for business or vacation use, where drivers are not looking to abuse the vehicles. They just want comfortable, reliable, economical transportation. Plus generally the car rental companies perform all of the required maintenance, so the vehicle may be in decent shape after all. I would still want to have the car inspected by an independent mechanic/shop to confirm that no accidents or abuse had occurred to the vehicle. My experience and my friend's experience in buying used rental vehicles have been good, but you do want to be extra careful, especially if you are buying out of state vehicles, or buying a used rental vehicle from a 3rd party company. Larger resellers and dealers have reputations to maintain, but fly-by-night car resellers might be offering that used rental vehicle at an unbelievable price for a good reason. There are bargains to be made everywhere, but the old adage is true that if it LOOKS too good to be true, it usually IS.
Marc Stern wrote on June 17, 2020 - 12:20am Permalink
Very true!