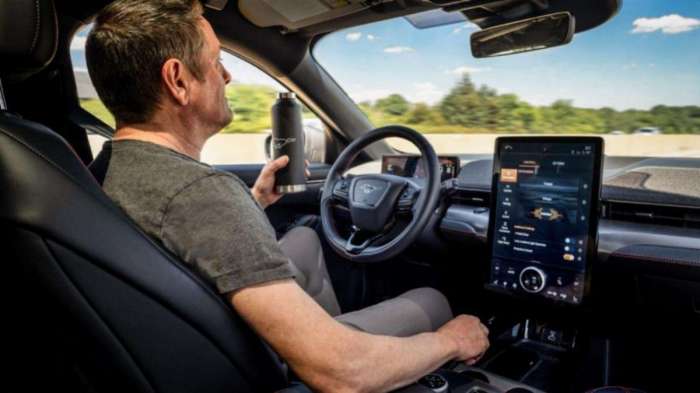 As Ford unveils its Co-Pilot 360 hands-free driving mode questions have been raised regarding the system, its capability, and, ultimately, its safety.
Advertisement

Several years ago, there was significant industry discussion and investment in autonomous vehicle technology – hands-free driving. From 2009 to 2017, not only automakers but also technology firms like Google did lots of heavy-lifting on autonomous driving technology. The results were decidedly mixed. Jimmy Dinsmore, Ford F-150 Reporter for Torque News and my colleague discusses Ford's hands-free Ford's hands-free Co-Pilot360 program.

Google spent years doing primary research and ran a fleet of test cars and SUVs that accumulated millions of miles of data. The Google effort never reached beyond the test stage. Only Tesla Motors has had any commercial success with its AutoPilot program. In some ways, the AutoPilot has been a success, while in others, the jury is still out.

For all the noise generated by the autonomy movement, the results were, at best, spotty. Indeed, once the smoke had cleared – so to speak -- from the mixed bag of results, vehicle autonomy seemed to disappear. Or, if it didn't disappear, it went onto the backburner. Tesla has continued to develop the AutoPilot program. However, there have been few other public commitments. Now there is a new competitor, Ford.

As Ford gears up to sell its electric Mustang-Mach-E, it has become the second major automaker to offer its version of a hands-free driving program, its Co-Pilot360 hands-free program. The program works in conjunction with other major Ford tech offerings to provide not only the hands-free experience but also a complete tech safety package

Is Ford's idea a concept whose time has come? For that matter, is Tesla's AutoPilot? You be the judge.

If you want to read about "the next big thing," take a bit of time to study Tesla's experience with the AutoPilot program, and you'll get an idea of Ford's direction.

The central issue, at least to this writer, is this: is this a safe concept, or is it a gimmick to sell more tech at higher prices. Sure, Ford maintains it is safe and that it is a concept whose time has come. And, from the look of the software libraries, it is available for installation. But, here's the thing: is this necessary? One Ford exec said that it would allow drivers to sit back with their hands off the wheel and feet off the pedals so that the driver could get some rest. Tesla's AutoPilot program offers the same, but this automaker's experience has been much more robust.

At the moment, though, Ford is offering its Co-Pilot360 2.0 in its electric Mustang Mach-E. It's a concept that raises concerns. Ford is not only offering a new version of its hands-free driving module, but it is also offering other updated modes, including over-the-air updates.

And, while I do have some issues with over-the-air updates and such -- they are hackable if you know the frequency and, though no one talks about this, a hacker can take over your car's computer system through this same method. The security system for this is, believe it or not, silence. If no one talks about it, there is no security problem.

As to over-the-air updates, the way it works is this: a transceiver awaits information and then acknowledges that it is there ready to go. In theory, when an update starts, The problem with this type of technology is that if the vehicle is in what is known as a "radio hole," then it won't receive the information and updates.

Or, it may receive only partial information. If the radio waves encounter reflections, then they may bounce right over the vehicle, or if there is multipath, it might only receive half the information. Perhaps Ford should piggyback updates through battery chargers. (It would be easy to identify specific models when they tied into a charger, and so it would be just as easy to get new information downloaded.)

At this point, we're getting a bit afield from the central premise of this piece, and that is just how potentially dangerous systems like Co-Pilot360 and AutoPilot are. All of this said the issue that has me concerned is Ford's hands-free driving suite.

A couple of weeks ago, Ford announced a tiny recall of its Mustangs – 24 – to fix a poorly performing forward-facing camera module. Granted, it was a small sampling of cars, probably about two or three hours work on the assembly line. Still, it points to a more significant problem for me, the reliance on video and radar technologies to ensure that your Mustang Mach-E stays in lane.

Ford claims there are more than 100,000 miles of pre-mapped roads in the United States and Canada, where its Co-Pilot360 program can take over and let drivers take their hands off the wheel. A combination of radar-based and video-based technologies allows this to happen, the same tech is also responsible for the automaker's adaptive cruise control, the cross-traffic alert, and it plays a big part in the blind-spot information system.

Look at what I referred to a couple of paragraphs ago. Ford has already announced a small recall of 24 of its 2020 Mustangs whose front-facing cameras are out of kilter. This means that such features as adaptive cruise control and what the automaker calls active drive assist (a new feature) may not work correctly.

Imagine driving with a poorly aimed forward-facing camera module and then activating the Co-Pilot360 system's active drive-assist and taking your hands off the steering wheel. The system will, of course, do the best it can to keep in lane. But, if the video module is out of whack, you may find your vehicle moving out of the lane and into the path of another car.

Now, I am not saying that this will happen. I am saying it may happen. Let's look at a similar system already widely in use, the one in Teslas. In the last few years, Tesla's AutoPilot has borne the blame for major accidents in which there were injuries and death. 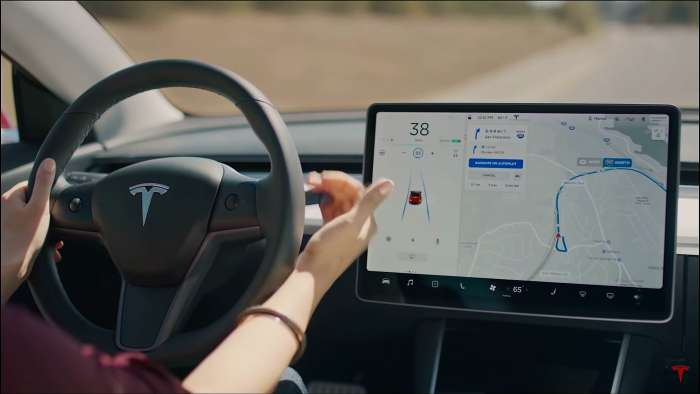 Many times, the cause was driver error because the operators did things like reading newspapers, napping, or doing actions that caused vehicles to either hit other cars or SUVs or run into stationary objects like utility poles.

Indeed, when Google was testing its autonomous vehicles – the tech company amassed millions of miles of test data, but that didn't mean were times when the system couldn't get out of its way. In one crash, the test vehicle saw a large object – a city transit bus – coming on.

The autonomous vehicle didn't yield, and the inevitable happened. The autonomous test vehicle caromed off the side of the city bus. Unlike accidents involving Tesla vehicles, there were no fatalities, just some minor jostles.

Ford is trying to provide a lot of safety by using back-facing infrared cameras to watch the driver's eyes to ensure there is a return to the camera so that the system is in balance. The system will remain in a hands-free mode as long it retains the infrared image of the driver's eye.

The system also tracks the driver's eye movements, and if it senses that there is a problem, the system sets off its alarms. The vehicle is also supposed to begin to slow. But, what happens if the camera is slightly out of tune and fails to register correctly? Or, what happens if the Mustang-Mach-E fails to slow? It is always possible a module may fail and leave the driver in the lurch.

Hands-free mode relies on about 100,000 miles of pre-mapped roadways. On these roadways, drivers can take their hands off the wheel, and the system takes over. If the system senses there is a problem, not only if do alarms sound but the car is also slowed until the backward-looking infrared camera senses everything is okay again.

For those customers among the first to order a Mustang Mach-E, the active drive assist hardware will be available as part of the Ford Co-Pilot360 Active 2.0 Prep Package at the time of purchase.

Ford plans to give customers who purchase the prep package the opportunity to purchase active drive assist software and receive the feature at a Ford dealer or via an over-the-air update expected in the third quarter of 2021.

The Ford Co-Pilot360 Active 2.0 Prep Package also includes Active Park Assist 2.0, the latest iteration of park-assist technologies to give drivers some peace of mind when parking their Mustang Mach-E. With Active Park Assist 2.0, simply holding a button will allow the vehicle to take control of parking in parallel and perpendicular spaces with ease. It also offers Park Out Assist with side-sensing capability so drivers can confidently navigate out of a parking spot when someone's parked too close.